There Are No Unimportant People in God’s Kingdom

And other lessons about prayer and work from the 18th century Moravian Christians. 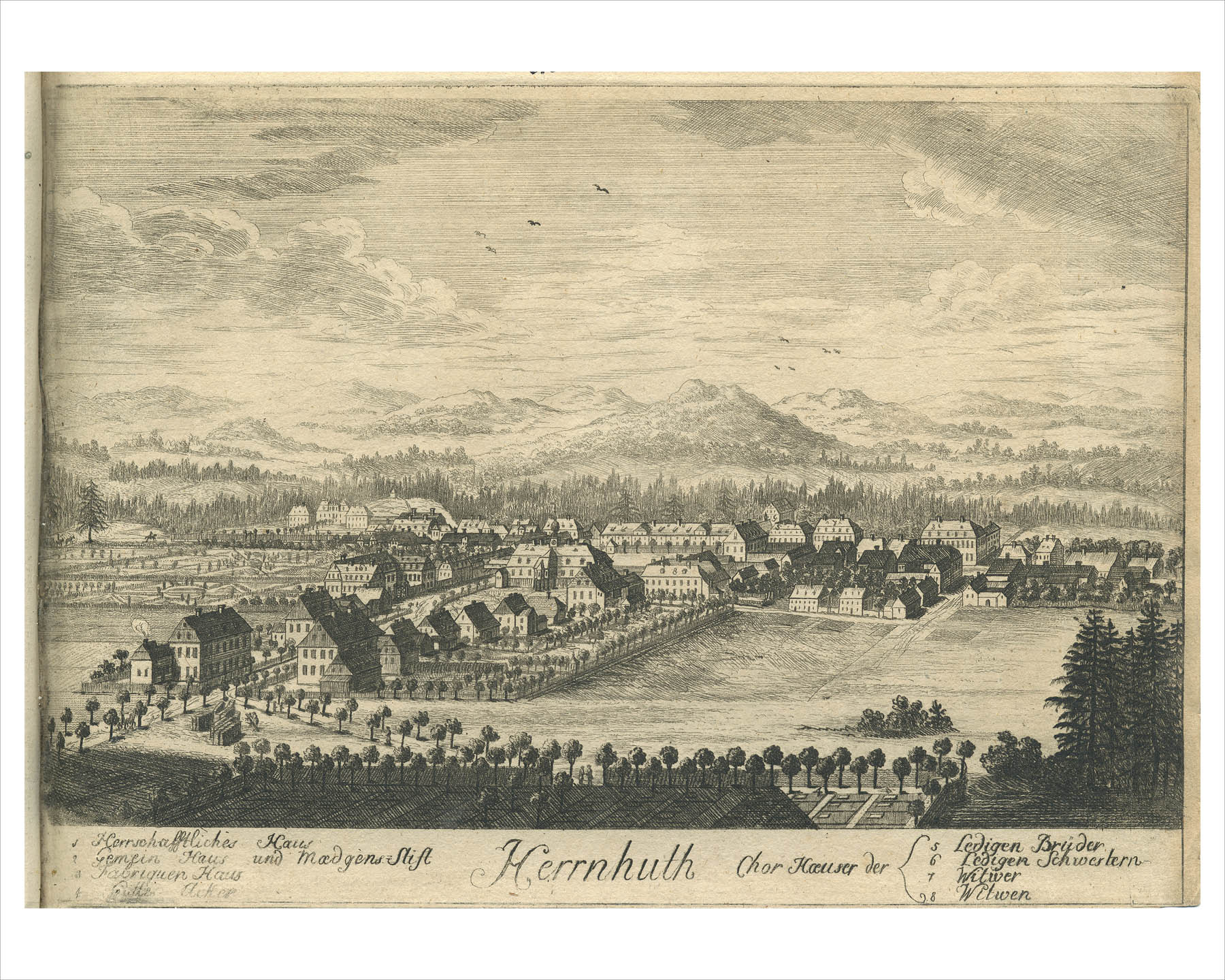 The Moravian community of the early to mid-18th century is rightly famous for its pioneering work in sending out global missionaries well before other Protestant denominations. This small group of exiles, gathered on the estate of Count Zinzendorf, sent out 200 missionaries from the 1730s to the 1760s. Historians and missionary enthusiasts celebrate the devotional life, sacrificial love, and outsized influence of this community. The Moravians were a major influence in the full conversions of John Wesley and Charles Wesley, founders of the Methodist movement and leaders during the Awakenings of the 18th century in England and the United States.

The first Moravian missionaries actually sold themselves into slavery in the West Indies so they could reach both the indigenous and slave populations with the gospel. Other Moravian missionaries went to hostile and almost inhospitable locales in Southern Africa and Greenland. The community supported these missionaries sacrificially — in fact, the pace of expansion ended in the 1760s because the economic model was unsustainable, with too few resources for too many personnel on the field. This did not end their ministry, but efforts were curtailed over time.

Beginning in the 1730s, and continuing for over a century, the Moravians led a 24/7 prayer initiative for world evangelization, with at least one member praying every hour. Their passion for intercession and its role in the advancement of God’s mission has inspired countless prayer movements in the last three centuries. In many churches today, there are dedicated sisters and brothers who pray for local and global outreach and keep their congregations informed of needs and testimonies of grace.

The Moravians also helped many of their missionaries become self-sustaining through starting businesses that would benefit the communities they were evangelizing. Many of these struggled and some failed, but others led to prosperous communities being sustainable through economic hard times and persecution of religious and political powers. The Moravians helped the Mesquite tribes in Nicaragua with agriculture and artisanship. These indigenous Moravian communities endured severe persecution from both sides of the Nicaraguan civil wars of the late 20th century.

As the 21st century global and local church aims for missionary effectiveness that includes both conversions and community transformation, the Moravian integration of sacrificial community, deep devotion and intercession, global and local missionary zeal, and entrepreneurship for the common good can inspire new pathways for today’s church.

When it comes to our activities today, I see at least three implications that can help shape our work.

All God’s people are commissioned for kingdom influence and their daily tasks are God’s frontline assignments from the Lord.

There are no unimportant people in God’s kingdom. From secret prayers to the boardrooms of corporations, from parenting in the home to activism in the community, all disciples can be contemplative activists, sitting at Jesus’ feet and dynamically engaged in service through their work.

Every local church is called to creativity as they design particular strategies for mission.

With the help of the Holy Spirit and diligent discovery of congregational and community assets (people and resources), real progress can be made in the lives of individuals and the neighborhoods that constitute the parish of the church.

There are opportunities for collaboration with other churches, kingdom ministries, and cooperative agencies and leaders.

Moravian missionaries found people of goodwill — both believers and unbelievers — that assisted in the mission and building of their communities. It is encouraging to see the influence of a small band of brothers and sisters dedicated to the Lord and to global mission. Our churches, too, can have surprising and sustainable influence as we combine prayer and work in our communities. The Moravians cried out in worship, “All for the glory of the Lamb of God.” And we should, too.