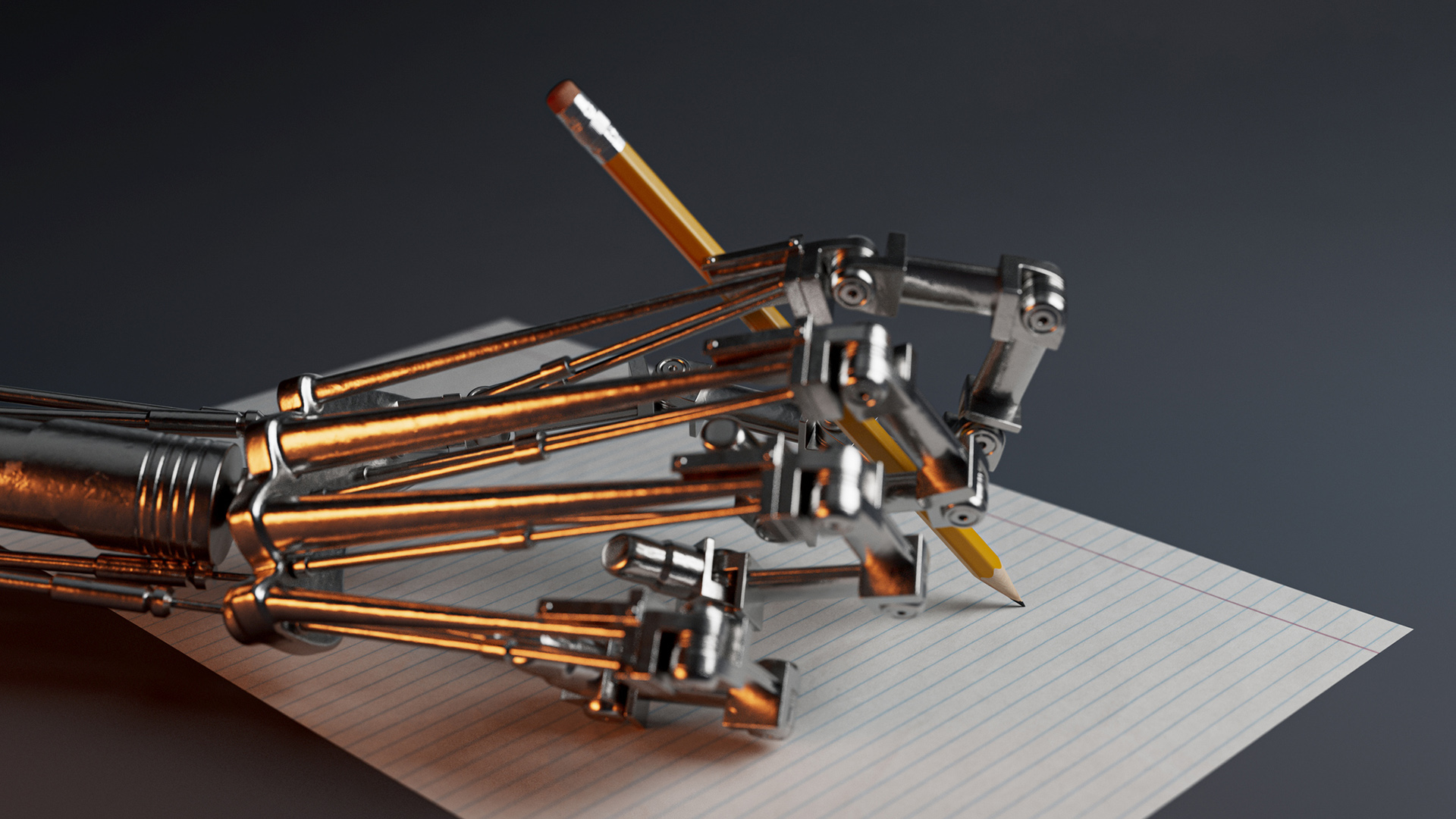 For decades, people have predicted that artificial intelligence (AI) will totally change the way we do everything. That time has come, and I want to show you a picture of it.

Many people thought that AI was years, maybe decades, away from learning human language well enough to create publishable — even readable! — material to use in the real world. I’ll let you be the judge as to how well that’s working: Some of this article was written by AI without any editing. Can you tell?

We know that economics is all about how humans make decisions to allocate scarce resources. One of our scarcest resources? Time.

As a writer, it usually takes me a few hours to write a thousand publishable words. However, with AI, I can write about many topics in mere minutes. Some software I’ve been using the last few weeks can spit out a 500-word blog post in about 30 seconds, after only a few lines from a prompt.

You can imagine how this might transform the daily work of writers, marketers, and other creative professionals, how using AI in this way could reduce the time, energy, and cost of creating products in the future, decreasing some of the costs to almost nothing. As labor becomes more expensive through increases to wages and benefits, as workers demand more time off, as they continue to ghost their employers, businesses may increasingly look toward automation with this kind of technology.

That’s why the AI company I’ve been using, Jasper, just raised a $125 million Series-A round, with a valuation of more than $1 billion. For context, $125 million is a lot of money for any tech company, but especially for a Series-A round, which means a company is at the very beginning of their journey. The interesting part is that Jasper launched just 18 months ago. In one year they garnered over $35 million in revenue from 80,000 paying customers. That kind of growth is highly unusual.

With another program, I was even able to mimic my own voice. I made this short video in under five minutes of my robot-made voice reading John 1. And it’s not just for writing text or making videos. AI writes code, creates images, makes music, finds savings in corporate budgets, builds brands and websites, and mimics human conversations: Here’s Joe Rogan interviewing Steve Jobs earlier this month, who, if you didn’t know, died in 2011.

Generative AI, this particular kind of AI technology, has been all the rage in Silicon Valley the last few months. Economist Tyler Cowen wrote last week that generative AI is making us relearn how we use the internet. And Sequoia Capital, one of the most prominent venture capital firms in the world, wrote an essay, with the help of robots, about what these programs can do now and what they will be able to do in the near future. Maybe we’ll soon be reading novels written by AI or watching sitcoms created by AI; that is, we’ll have our favorite AI artists that we share with our friends. Some believe the next super-skill that younger generations will need to learn is how to prompt an AI system to deliver projects at work.

With generative AI, you can simply describe what you want and the machine will create it for you. This will save time and energy, and allow creatives to focus on other tasks. In addition, generative AI can be used to create new and innovative content ideas. Overall, generative AI is going to make the creative process faster, easier, and more innovative. It will change the way we produce content and help us create work that is truly unique.

And this technology is available right now, to anyone in need of content, in the marketplace and even in your church. This Sunday, the worship band at your church could be playing music composed by AI. The sermon could be written by a robot. The church’s branding, newsletter, and collections could be made or processed by machine learning. The missionaries’ texts and conversations could be translated in real time into languages the missionaries themselves can’t even understand. An app could parse data on the church members’ contact information and online behavior to publish content made just for them, sent to the device they prefer, at the time most convenient for them. All that a church staff needs to do is manage a team of robots.

But why would it want to? Let’s remember how scarce our time is. One hour spent doing laundry is one hour less spent with your family or one hour less at work. I see a future where a professional can spend half the time working on many tasks that they currently spend their time on.

This reduction in work hours is not just conceptual or making room for life’s vanities. It can be a significant improvement for our economic well-being. In How the World Really Works, Vaclav Smil relates economic progress in real terms to help us understand the magnitude of what efficiency can achieve.

“In two centuries,” he wrote, “the human labor to produce a kilogram of American wheat was reduced from 10 minutes to less than two seconds.” That’s astounding when you think that “farms are now commonly three to four times larger than they were a century ago — and yet most of the field work is done by only one or two people operating large machinery,” compared to dozens of people driving oxen in the hot sun. Automating farm work has had a huge impact on many people’s daily lives: In 1950, for example, “the world was able to supply adequate food to about 890 million people, but by 2019 that had risen to just over 7 billion: a nearly eight-fold increase in absolute terms!”

Advancements like these have helped cut the global poverty rate in half over the last 30 years. Many people often sigh with the expression, “If only I had more hours in the day.” Well, what would you do with those extra hours? Would you volunteer more? Work more? Spend more time with your family? Exercise? Eat better? How could your time be reallocated to improve the world around you?

If you’re an office worker or creative person, or you write or communicate with parishioners in your daily work, seriously consider how you could allocate your time differently with the help of some robot friends.