For a long time, our ideal was to work at a break-neck pace for a life-defining purpose. Then everyone burned out. 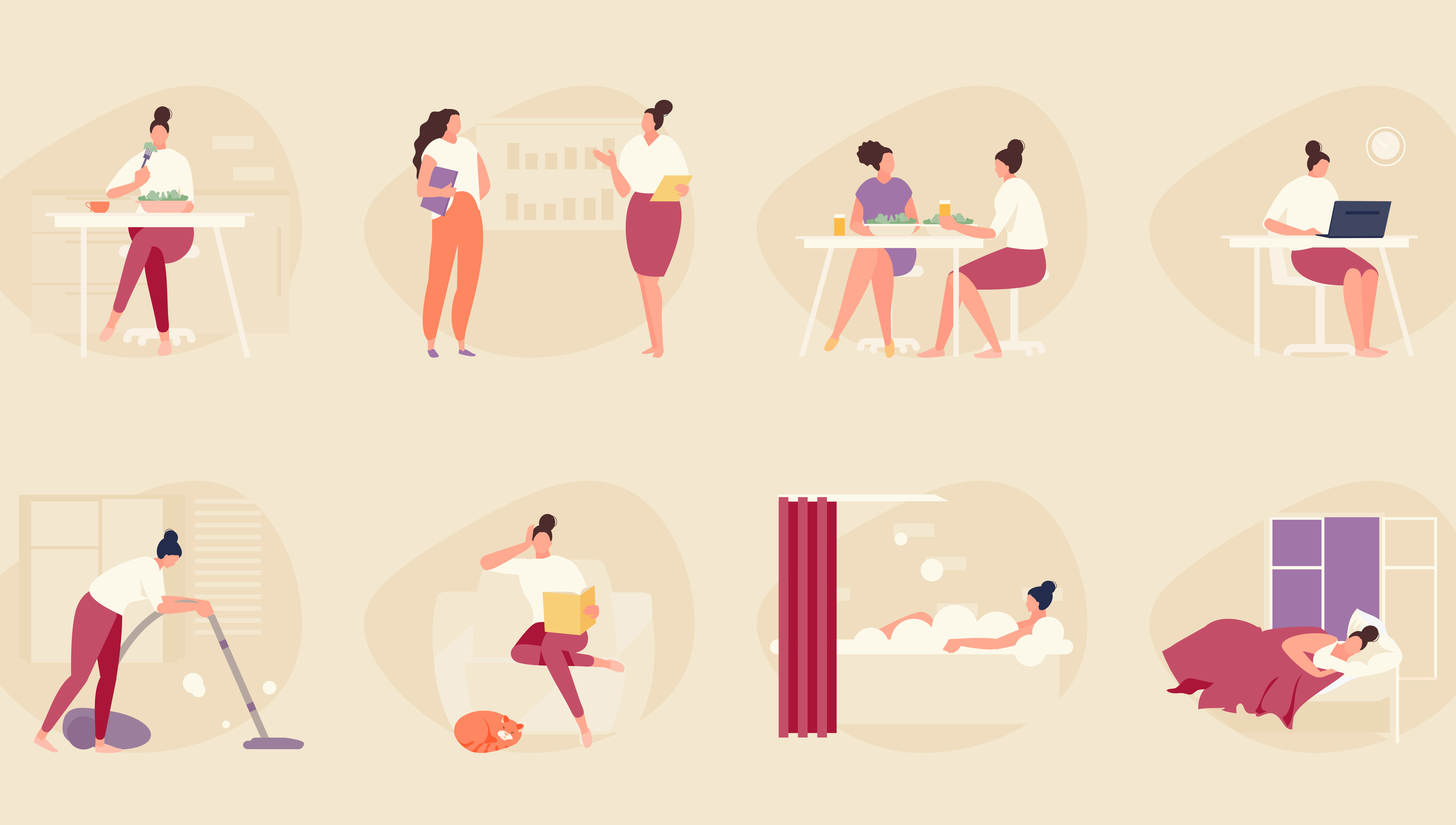 Of all people, business guru Seth Godin would be into the idea of world-changing work, I thought. His thing was entrepreneurship and brand development, two things linked to a smorgasbord of socially conscious ventures and nonprofits that look good on the internet. Buy one, give one shoes. Jewelry that takes on sex trafficking. Purpose-laden startups that take guys from suits to sweatshirts.

But Godin, with whom I talked about this some eight or nine years ago, was not into it. Not in the way I expected.

I asked a question that wafted from my general sense that Important entrepreneurship should lead to a disrupted moral status quo, to change and to difference. It was a mood more than an idea, really, the verbiage attached to a viscous idea that most business goals were impoverished and impoverishing. It was the same sentiment that caused a lot of workers to prioritize “purpose” at work over the paycheck, and it’s why corporate mission statements started striking religious tones.

Godin replied to my question by pushing back on some of my assumptions. The most glaring of them, he implied, was the idea that you can change the world. We can’t, he said. He suggested instead that we can change five people. He walked through a relational framework in which changing the world isn’t so much a grand gesture but a series of granular ones, such as connecting with people whom you can influence and who can influence you. His implication, whether he vocalized it or not, was that sloganish missions rarely achieve much beyond making for exciting words on coffee mugs — coffee mugs and exhaustion.

Certainly, burnout at work and school and home happened way back in the other half of the decade, too. But in the year 2022 and on this side of the pandemic, Godin’s warning seems prescient.

I don’t need to tell you that burnout is on the rise. Just about weekly, surveys and expert opinions tell us the same things: Around the country, we’re deteriorating in terms of mental and emotional health, according to a variety of metrics. Causes span a cocktail of COVID-19-onset anxieties, economic pressure, and relational strain. The effects on workers appear historic — with reportedly 40 percent of workers experiencing a level of burnout — and more and more dire (just this week, a survey suggested that half of working school teachers are looking to quit). Even our Christian institutions aren’t immune. Many of the dynamics and issues at play here are complex and varied, and I don’t want to equivocate between or minimize any of them. It does seem to underscore Godin’s point.

The burnout crisis, if we can call it that, is happening in the middle of a larger conversation about jobs and their places in our lives. It centers around a mounting suspicion that all this talk about purpose at work was only ever about allowing employers to pay less and demand more. You can see this popping up as a warning in The Atlantic, in historical perspective in the New Yorker, and in tomic form in last year’s Work Won’t Love You Back, along with dozens of other examples. For a recent issue of this magazine, I typed a bare-bones summary of the conversation, and it garnered a disproportionate amount of positive feedback. Workers are feeling a certain way, which could explain why, according to one survey, even the meaning-at-work crowd appears to be looking for something else.

Somewhere behind the idea that jobs should feel immediately purposeful, you’ll find another truism, one as prominent in locker rooms as in youth rooms. It’s a negative picture, meant to spur the opposite: Going through the motions. You already get the idea. Keep your mind engaged. Give real effort. Avoid autopilot at all costs. This idea mirrors the same kind of mood that drives that vague sense that meaningful work necessarily affects Avengers-level global change. Because the passivity inherent in going through the motions — in marriage, at the office, on a court or field — represents a sort of dispassion that leads only to status quo and something less than excellence.

And, in at least one sense, many of us recently felt the truthfulness of this. Back in the early parts of 2020, many of us peeled back patterns in our hours and days and weeks that really weren’t serving us. We came to see that schedules packed like mosh pits didn’t give us the productivity we hoped, only stress. Backing away for a few months (or years) showed a lot of us the value of breaking routine and, instead, attuning to questions about mental, emotional, and physical health, about time and pace, about family and home.

Still, I think going through the motions gets a bad rap. In those early pandemic examples, passivity didn’t seem to be the issue. Rather, the problem many of us discovered was with deliberate action driven by misplaced priorities — or disordered, to evoke St. Augustine. The issue is not with the going through part, but with the motions themselves.

In fact, there’s a surging amount of talk about just that. Walk into a Barnes and Noble or whatever bookstore is in your airport, and you’ll find James Clear’s Atomic Habits and a half-dozen other pop-science books like it that snowballed into our mainstream productivity talk since The Power of Habit by Charles Duhigg back in 2014. And, of course, the productive folks among us have been promoting the general value of routine for a long time. The farther back you look, actually, you'll see the phenomenon of structuring days and seasons by routine comes from a specific place.

The cover story for the January issue of Harper’s magazine picks up the buzz about habit and explores it in historical and even philosophical context. Writer Meghan O’Gieblyn looks to the origins of habit, origins that debatably grow from monasteries. And her point, you can tell, is to recapture the spiritual nature of habit having.

For Christians who are part of high-church traditions, this may seem obvious. The church’s liturgical calendar self-evidently promotes routines of faith. Those from a low-church tradition, like me, have caught up in the last decade or two with a swell of interest in adopting a more liturgy-driven faith. This takes the form of everything from the large-scale migrations of evangelicals to Anglican, Orthodox, and Roman Catholic expressions of Christianity, all the way to expanding liturgical patterns into home life and, really, everything else, too.

In its narrower sense, liturgy refers to a pattern of corporate worship. An order of service, basically, in which congregants both learn and embody things like praise, thanksgiving, confession, or repentance. It's an order meant to be repeated over and over, like a divine routine. It's holy motions to go through. And in O’Gieblyn’s conception, today’s movement toward productivity- and self-help-tinted habits can still imbibe the deeper nature of routine, recalling the dawn prayers, mid-morning chores, and afternoon vespers that cascaded from medieval monasteries and convents to animate whole towns and give structure to inhabitants’ lives.

It’s what she calls the “miracle of repetition,” a phenomenon supported by the research of authors like Duhigg and Clear but drawing from centuries of experience: Repetition has the “ability to not only make actions easier over time,” she writes, “but also change one’s desires, bringing the cravings of the flesh in line with the aspirations of the spirit.”

I think this means that channeling our work — in the office, with church, of friendship and family — with habits and routines doesn’t make it robotic or impersonal or passive. It’s the opposite, actually. Look, we see more and more people around us crumbling under burnout. In this way, the patterns we build — even as a dilapidated mentality deems them passive or mundane or, worse, boring — do represent kinds of coping mechanisms. And not only coping: These patterns, these liturgies, can make our work more innate, more human. Or, as O’Gieblyn recalls from Aquinas, habit “makes the doing of something our own, as if natural to us, so to speak, and therefore pleasurable.”

Whether either of us recognized it at the time, this is what Seth Godin was telling me. You can get a buzz off the idea of doing work that changes the world or by attacking every day in a some kind of Gatorade-drenched frenzy, but we see where that leads. The reality remains that to talk about the world, in that sense, is to talk about nothing. The substance of the world, though, the dirt and vegetation, the people with the places they live and the art and industry they make, is where we live and work already. The parts you and I can actually affect stand nearer and more human than the slogans suggest: the ground beneath us, the family around us, those five people Godin mentioned, and, yes, our daily habits. 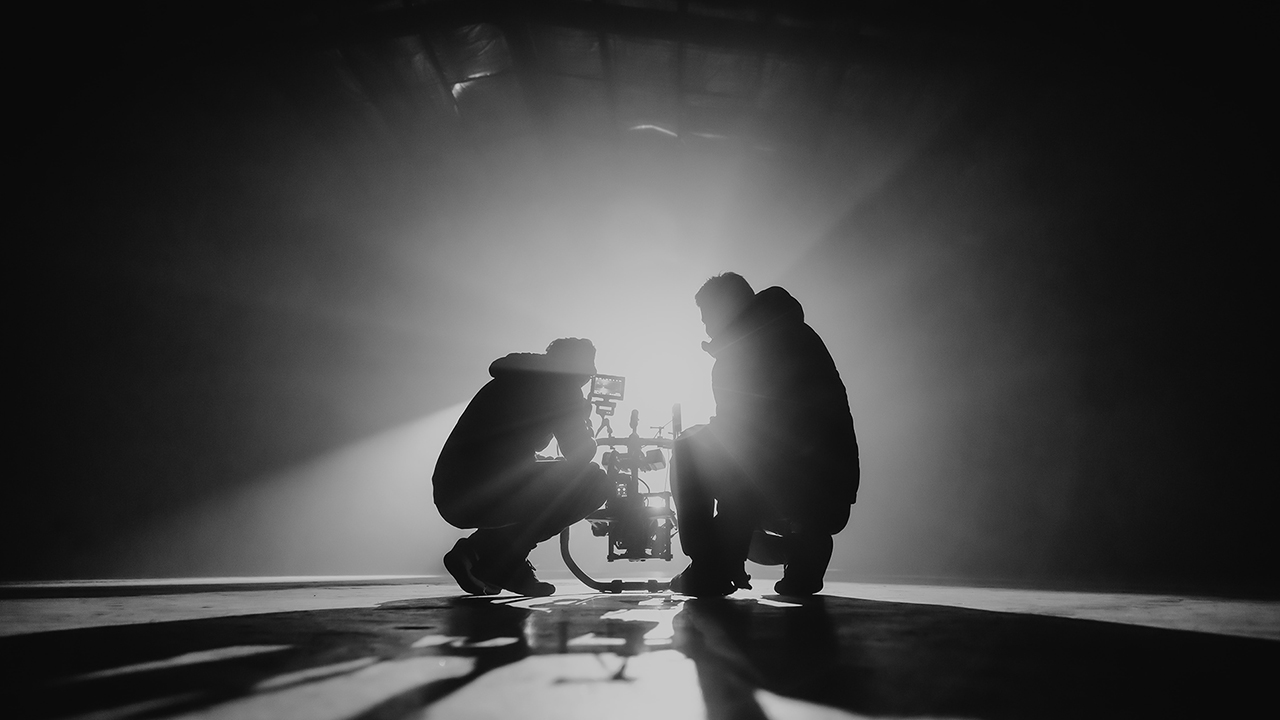 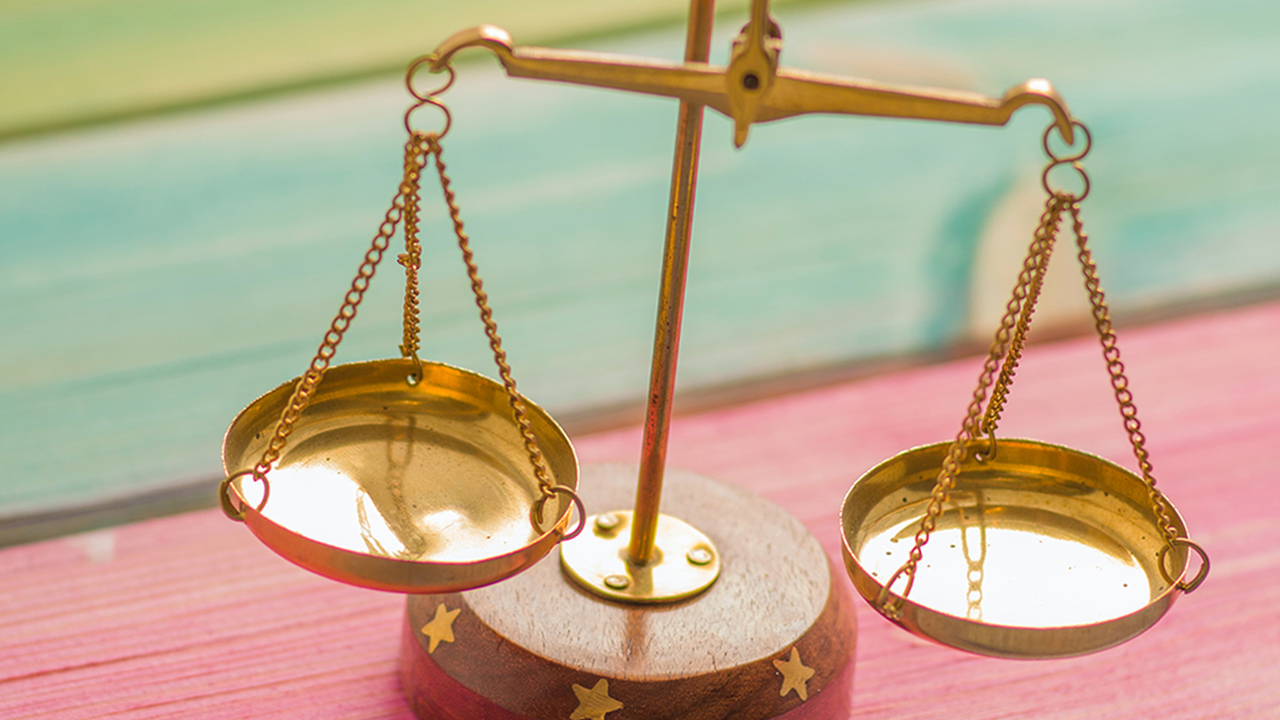 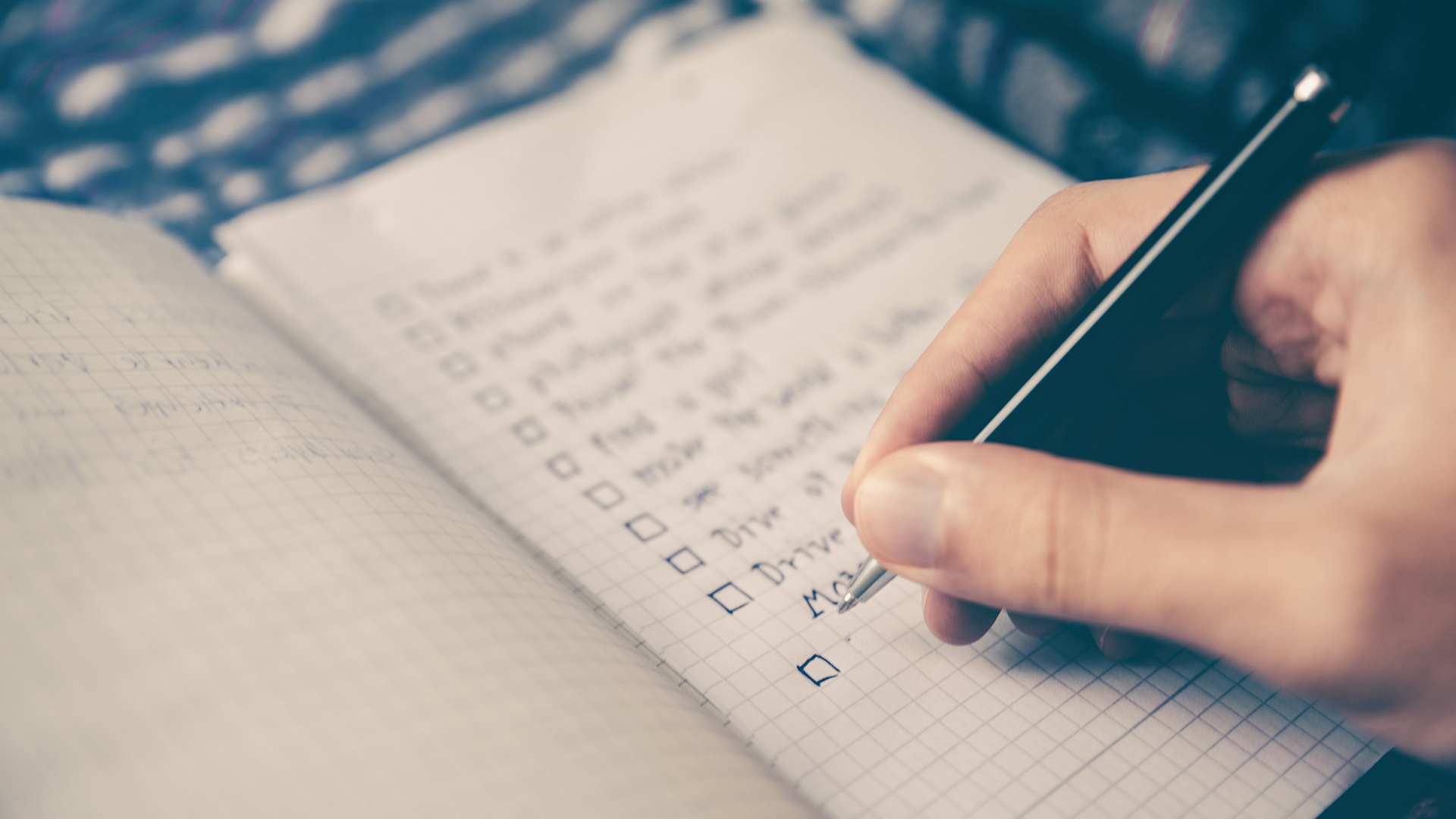