How to Talk About Black Christians in the Story of America

The story of faithful Black Christians can help us take the focus from one nation’s faithfulness or folly to the faithfulness of God considering every nation’s inevitable folly. 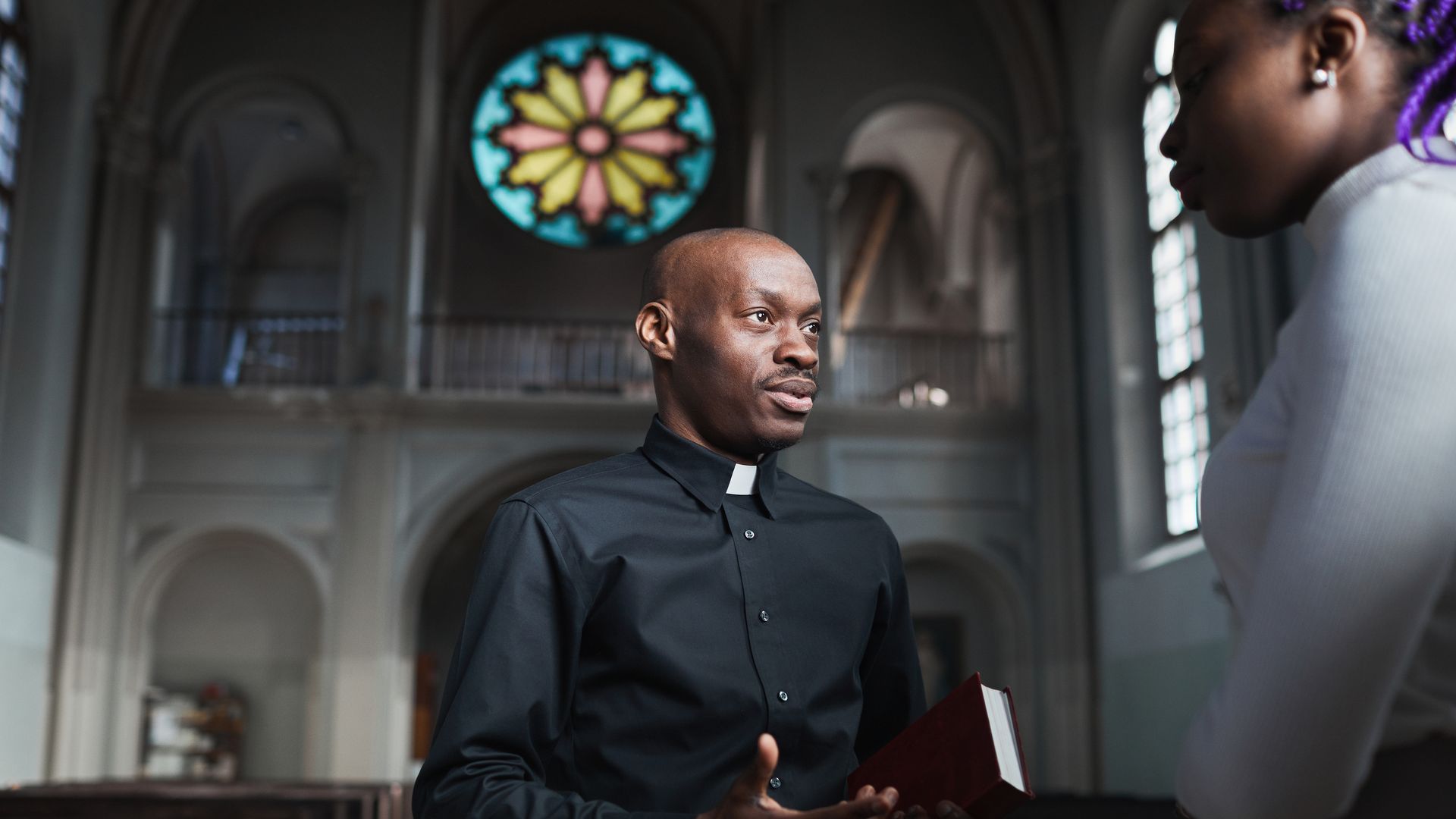 When I was a little girl, my mom filled my bookshelf with the biographies of strong Christian women. I returned to their stories repeatedly — to Amy Carmichael, Mary Slessor, Elisabeth Elliot, Corrie Ten Boom, and the one dark face on my shelf, Sojourner Truth.

Sojourner stood out from the rest, not just because of the color of her skin, but because of the content of her story. Unlike Amy, Mary, Elisabeth, and Corrie, I saw Sojourner as divorced from my strong Christian heritage. Since she didn’t grow up in a Christian tradition I recognized and, instead, heard a voice from heaven calling her to preach, I viewed her as somewhat of an anomaly.

Later on, I realized I saw my family that way. Divorced from a robust Christian heritage, we were sojourners in white evangelicalism, reaping the benefits of a Reformation heritage built with hands that were remarkably lighter than ours. We were refugees from the Black church,” which was synonymous to us with emotion-led heterodoxy. It wasn’t the Black church’s fault — they’d been barred from participating in mainstream evangelicalism for so long that they just didn’t fit in.

A Robust Theology for a Robust Church

It wasn’t until adulthood that I saw the error of my assumptions. While I viewed my strong, Christian family as a brown-skinned anomaly, an entire history of Black American Christians was just waiting to be discovered. Far from being a cheap imitation of white American evangelicalism, the Black church had a theologically robust history that echoed throughout generations.

In my 30s, I am just now learning the history of the Black church in America. And the more I learn, the more I see God’s faithfulness in preserving Black believers in this country.

You see, for much of its history, the Black church was persecuted — not allowed to read the Bible, not allowed to meet for worship, fed a message of Christianity that purported to support the brutality they endured in their enslavement, as well as the hampered rights they experienced when free.

So often, when we look at the history of white supremacy in this country, we might be tempted to ask two questions: Did anyone know that slavery and the racist notions that built it were wrong? And, if they did, where were the faithful believers speaking out against it?

There are a host of Black believers who stand ready to offer a response to those questions.

A hundred thousand new-born babes are ﻿annually added to the victims of slavery; twenty thousand lives are annually sacrificed on the plantations of the South. Such a sight should send a thrill of horror through the nerves of civilization and impel the heart of humanity to lofty deeds. So it might, if men had not found out a fearful alchemy by which this blood can be transformed into gold. Instead of listening to the cry of agony, they listen to the ring of dollars and stoop down to pick up the coin.

In England in 1787, Ottobah Cugoano proclaimed:

It is therefore manifest, that something else ought yet to be done; and what is required, is evidently the incumbent duty of all men of enlightened understanding, and of every man that has any claim or affinity to the name of Christian, that the base treatment which the African Slaves undergo, ought to be abolished; and it is moreover evident, that the whole, or any part of that iniquitous traffic of slavery, can no where, or in any degree, be admitted, but among those who must eventually resign their own claim to any degree of sensibility and humanity, for that of barbarians and ruffians.

And there were so many more testimonies of faithful believers who understood the hypocrisy of America’s “peculiar institution.” The more I read, the more names I learn: Maria Stewart, Francis J. Grimke, Lemuel Haynes, Sarah Mapps Douglass, David Walker, Sara G. Stanley, Nathaniel Paul, the Forten family, and so many others.

But what does it matter, you might ask yourself.

It matters a great deal. The more I understand about the history of the Christianity practiced on America’s shores, the more I recognize the beauty of watching that Christianity being carried out in varying shades of believers.

In a time where so many are exhausted with the perceived hypocrisy of this “white man’s religion,” the names above stand as a testimony to the often-hidden stories of those who understood that white evangelicalism does not have the corner market on fidelity to God’s Word — and, in fact, where Christendom here in America has often faltered, many Christians — both Black and white — have been faithful to call it out.

For a little Black girl like me, it moves the focus of Christianity from Jesus as savior and America as seated at his right hand to Jesus as savior, always preserving his people by the sheer beauty of his own nature. I am not an anomaly — and my Christian heritage is colorful in a way that I never thought it was. God’s calling has not been limited only to white America — it has truly extended to every tribe, tongue, and nation.

As an American, it can feel threatening to tell the entire story of God’s work in this nation, particularly during these polarized times. Is it unpatriotic to shine light on America’s unfaithfulness to God’s Word? Is it “dwelling in the past” to keep bringing up the unsavory subject of this country’s shabby record of acting in good faith toward its Black residents? Should we move on from these facts, or try to paint them in a more understanding light to shield the “men of their time” from our judgment? How much retelling is enough retelling? Why does Black Christian history matter?

We could speak in vain platitudes about equality and opportunity for all. We could tout American exceptionalism as a religious truth and a coveted birthright.

I want to offer a different perspective. What if, instead of putting Uncle Sam in a cape and putting Lady Liberty on a pedestal, we told the story of America as the story of God’s faithfulness — and not our own. What if we took a note from the people of Israel, and every time we stood on the precipice of a defining cultural moment, we reminded ourselves of God’s providential hand protecting us in spite of our waywardness? Our disobedience? Our forgetfulness? Our selfishness? Our avarice?

What if we put God’s glory at the center of our concern for the telling of our story, and left America’s glory to fend for herself?