The mind — and heart? — behind the iconic painter’s Chapelle du Rosaire. 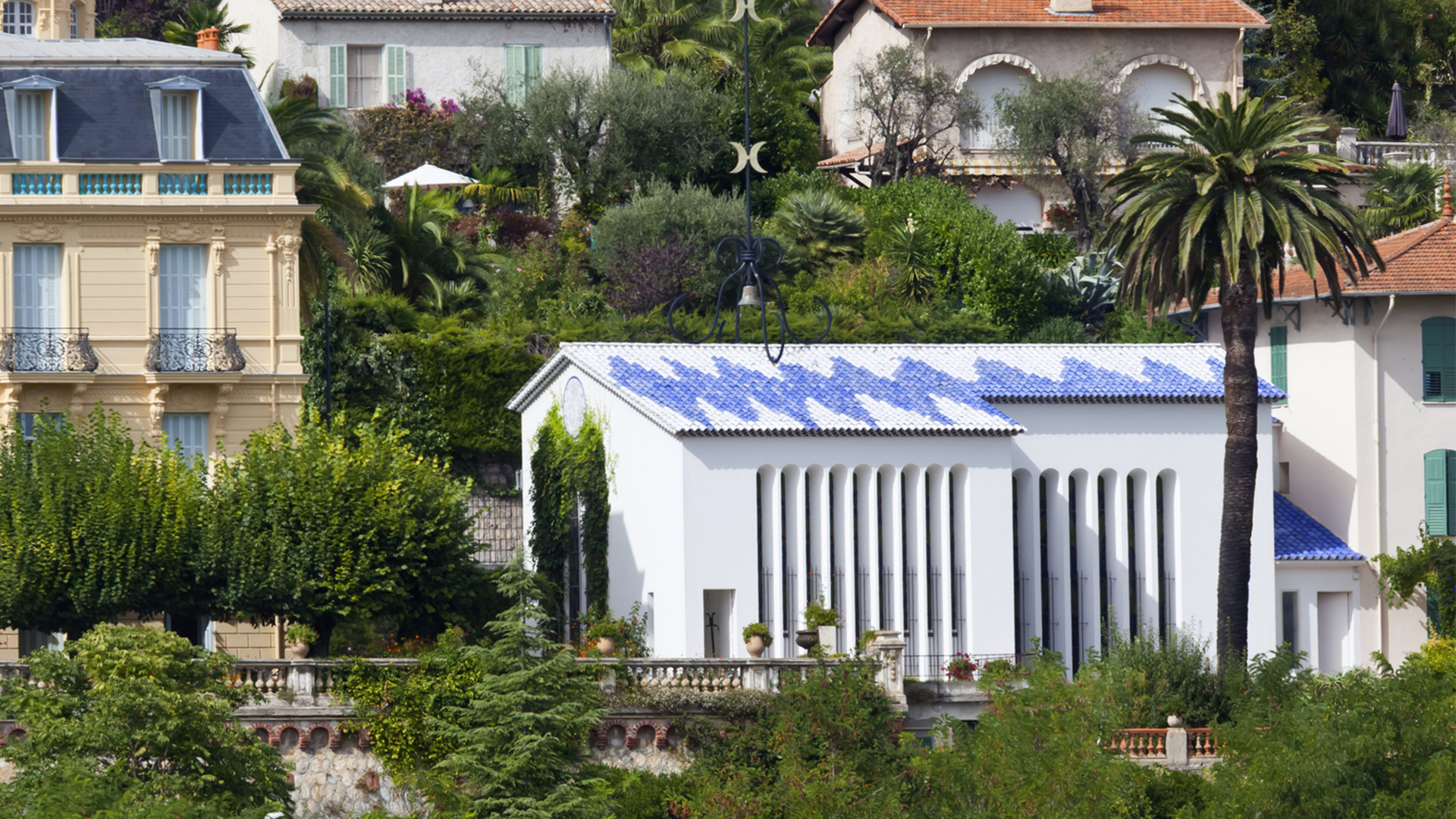 The Chapelle du Rosaire sits on a small hillside in Vence, France. The small chapel’s relatively plain exterior gives way to a breathtaking interior, where light pours in — vivid shades of yellow, green, and blue, bouncing off sinuous and dynamic depictions of the Virgin and Child and the Stations of the Cross. The 20th century expressionist painter Henri Matisse, when asked by a reporter from the New York Times about the implication of his designing of a chapel as a way to repent for the “paganism of his youth,” pushed back, noting that this work on the Chapelle du Rosaire was not incongruent with his art in days past.

“In my own way,” he said, “I have always sung the glory of God and his creations.”

Christian imagery and tradition seeps through the work of Matisse in his later years, with its synthesis in the Chapelle du Rosaire. But does Matisse’s careful work on the Chapelle du Rosaire equate to a rebirth of his own faith as the reporter suspected? And even further, does that question truly matter? Can God not work through the hands of broken and doubting people?

Matisse, who lived from 1869 to 1954, is best known as a talented painter, but his skills weren’t limited to the brush; he was also an accomplished sculptor, printer, and draftsman. He demonstrated mastery with color and lines, but his initial forays into the art world brought with them more criticism than praise — Matisse’s use of wild, bold color that often did not represent the reality of his subject matter earned him the title of fauve, meaning “wild beast.” But this title didn’t work against him, as Matisse continued to embrace vivid and dynamic color in his work, and was soon respected as one of the great artists of his time. Matisse painted portraits, interiors and still lifes in large surfaces of dynamic color, calling his work “construction by means of color.” Matisse produced work after work in the first half of the 20th century, but this fast-paced fervor came to a halt in 1941 when he was diagnosed with cancer. This left him bedridden for many months and severely impacted his mobility for the rest of his life.

During his convalescence in the early 1940s, Matisse employed a young nurse named Monique Bourgeois. The two became friends and Bourgeois was a source of encouragement for Matisse as he faced suffering after suffering in Vichy France. His home was bombed, his daughter was captured, and a student of his died in Auschwitz. Eventually Matisse moved to Vence, where Bourgeois had taken up the habit.

Bourgeois, Sister Jacques-Marie by this time, was a part of an order that was in need of a new chapel and asked Matisse to design it. Matisse dove into the work, spending four years designing and overseeing the Chapelle du Rosaire, the only building he would ever design.

The Chapelle du Rosaire was completed in 1951, and Matisse was involved in even the smallest details of the little chapel, from the clergy’s vestments to the art that hung on the walls. The result was a chapel that burst at the seams with a masterful and effortless use of light and color. The centerpiece of the chapel is a pair of stained glass windows depicting the tree of life. Meant to symbolize the purification and redemption of “light,” the pair of windows use only three colors: blue, green, and yellow. They fill the chapel interior with “liquid, colored light” and stand as a contrast to another carefully created artwork in the Chapelle du Rosaire. The Stations of the Cross sit upon a panel 10 feet high and 17 feet tall, a series of minimalist and austere line drawings depicting each station. The result is that the congregant, when facing the priest, faces away from the panel, having Christ’s suffering behind them and his redemption ahead.

One of the most unique features of the Chapelle du Rosaire is its use of nature-based imagery, like its leaves, trees, flowers, and natural light, in lieu of some more traditional Christian imagery. Though this may seem to shrug aside truth, its result is the opposite: “Imagery in the chapel,” said reporter Holly Williams at The Independent, “though abstract, draws inspiration from the natural world, making it emotionally accessible to all, not just those steeped in scripture.” The viewer is able to understand that the beauty in the space before them is not only the work of a mere man, but that there is something more — something sacred — at play here.

The presence (or lack thereof) of Matisse’s faith in these later years has long been debated. He was born into a Catholic family, and his insistence of a priest at his wedding and at the baptism of his children shows some regard for religious tradition. But he remained publicly indifferent towards Christianity for much of his adult life. Many have wondered whether his dedicated involvement in the Chappelle du Rosaire spoke of a religious reawakening, or whether it was merely an artistic opportunity to be seized. I believe the answer most likely lies somewhere in between. As he said himself, he had “always sung the glory of God and his creations.”

Matisse never made any grand statement about his devotion to God upon the completion of the chapel, nor did he make one at any other time in his life. He certainly alluded to God in his letters, and his writings are heavy with the Christian language you would expect from someone raised in a Catholic church.

He seemed to have found a notion of the divine in nature, remarking: “At the moment I go every morning to say my prayers, pencil in hand; I stand in front of a pomegranate tree covered in blossom, each flower at a different stage, and I watch their transformation. Not in fact in any spirit of scientific enquiry but filled with admiration for the work of God. Is this not a way of praying?” And he found it in his art, as he famously states, “Do I believe in God? Yes, when I am working.”

Despite this uncertainty about the specifics of his faith, it’s evident that the symbolism and sacredness of what he was doing in the Chapelle du Rosaire was not lost on him. The care shown to even the smallest details of the chapel and the meaning behind them demonstrates the work of an artist who did not take this task lightly and respected the traditions and truth that such a structure could represent.

But even if the Chapelle Du Rosaire was the work of a faithless man, the entire chapel is not to be dismissed. Time and again God uses people and their actions, as flawed and as fallen as they may be, for his good glory,  just as he used Phoenician craftsmen to build Solomon’s monumental temple. Whether or not Matisse had faith in God is a question that will never find an answer, at least on this earth. But whether God can be glorified through art and beauty, despite a finite and hurting world? That is a yes that we can be sure of.