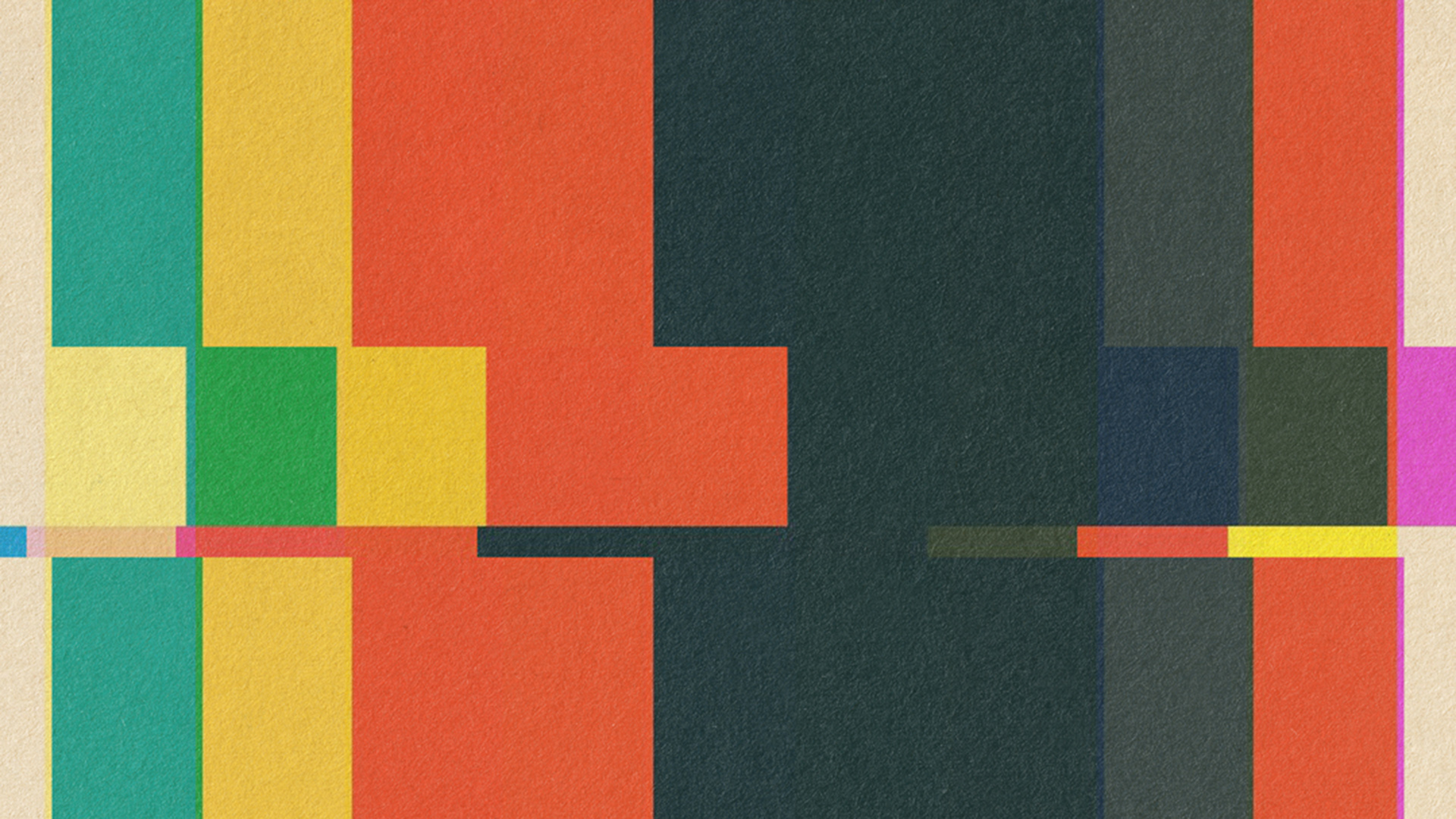 On September 11, 2001, we ran down 24 flights of stairs in terror after witnessing a passenger jet fly into the South Tower of the World Trade Center, just six blocks from our apartment. My husband, Brian, and I had been standing on our terrace, trying to comprehend how a fire could have been ignited in the North Tower, when the jet zoomed just a few hundred feet above our heads on its way to its target.

Panicked, I fled barefoot and in my pajamas, while Brian had enough presence of mind to grab Gabriel, our 40-pound dog, and carry him down the stairs. We sought refuge in Battery Park, which turned out to be no refuge at all when the towers collapsed, trapping us in a maelstrom of toxic dust and ash. We were enormously grateful when a commuter ferry plucked us from the chaos and delivered us to New Jersey, where we found a hotel room for the night.

Displaced and discombobulated, over the next few days, Brian slept around the clock, but I couldn’t sleep at all, and I couldn’t be still. So I wandered. All over Manhattan, expending energy with no particular purpose. As an urban nomad with no ability to turn myself off, I got the rare opportunity to witness a city in deep mourning. I marveled as I watched New York’s famed stoic indifference melt into a collective grief that generated marvelous acts of kindness and solidarity. Some scenes of those days after the attacks are permanently etched in my mind, starting with our trip back into Manhattan on the afternoon of September 12.

The Financial District to Hell’s Kitchen

Knowing that our Financial District neighborhood was closed to everyone but rescue workers and first responders, my friend Sarah had offered us shelter in her apartment in the Hell’s Kitchen neighborhood of Manhattan. We gratefully accepted her offer since we weren’t even sure our apartment building had survived.

But when we climbed up from the subway near Sarah’s apartment, the streets near Madison Square Garden were so hauntingly quiet that I turned to see if we had exited at the wrong stop. In what is usually one of the busiest neighborhoods in the city, there were almost no cars in the streets. No honking taxis or screeching brakes. No buses or delivery vehicles. Only police cars and fire trucks.

The sidewalks were similarly empty. No one rushing to work. No one flitting in and out of stores. No street vendors. The few people we saw were clumped together, hugging, crying. I could tell that these were strangers to each other, yet comforting each other in unified grief.

Flyers flapped from every available surface. Light posts. Shop windows. Traffic lights. Mail boxes. I stopped at a fence fluttering with a sea of copy paper and examined the pictures on the flyers. I concentrated on the faces. Smiling faces, serious faces. Professional photos, family snapshots. Individuals who just yesterday had hugged their spouse goodbye or dropped their children at school or stopped in at their usual spot to grab their morning coffee.

“These are the missing,” Brian said simply, solemnly.

But there were other flyers too. Some publicized shelters that had been set up for people like us who had been displaced by the attacks. Others advertised locations to pick up donated food and clothing or advised where New Yorkers could donate blood or volunteer. People buzzed from flyer to flyer, and I wondered if they were truly seeking information or if they were just shocked that New York had been pushed to this level of desperation.

Shoppers streamed from the few open grocery stores and bodegas, juggling grocery bags and large jugs of water as if they were preparing for a hurricane. We stepped into a bodega to get water but discovered mostly bare shelves. I grabbed a few bottles of lukewarm water and a New York Post. The front cover read, “Act of War, World Trade Center destroyed; many dead.” Next to the headline was a picture of a plane ramming into the South Tower; it was the plane we saw while we were standing on our terrace.

Finally, we made it to Sarah’s apartment and settled in as best as we could with four people and a dog crammed into a tiny space. I fled the space every chance I got, walking for hours and hours with no particular route.

One morning I found myself in Union Square and joined a crowd of roughly 200 people gathered near the statue of George Washington. As a licensed New York City tour guide, I had often pointed out this regal 1856 statue when shepherding groups through this neighborhood. But now I barely recognized it. Candles, flags, and flowers almost completely covered the granite base. A large flag had been wrapped around the neck of Washington’s horse and a huge peace sign had been tagged on its rump.

The crowd focused on a man who was loudly chanting in a language I did not recognize. His face was painted in vibrant colors, and he wore animal skin pants and a feathered headdress that stretched halfway down his back. His chest and feet were bare. Waving a long stick over the candles and flowers, he swayed and stomped, while chanting in low, sustained pitches.

Tears streamed down his face, and many in the crowd were crying as well. Surrounded by these weeping people, I felt a camaraderie and a sense of comfort, one I had not experienced before.

Another afternoon, I was looping through the Chelsea neighborhood when I happened upon a line that stretched for several blocks. I couldn’t see the beginning of the line, so I approached a young woman at the tail end and asked, “What are you all waiting for?”

“Oh,” she replied. “We’re here to give blood. There was an announcement on the radio that blood might be needed for survivors, especially Type O.”

I encountered the same overwhelming spirit of volunteerism when I visited the Jacob K. Javits Convention Center, which was being used as headquarters for donations and victim services. As I approached, I noticed a sign taped to the entrance: “We are accepting no more volunteers.” But for the first time in my life I wasn’t showing up to volunteer — I was looking for help. As I entered and walked to the reception table, I saw bored-looking volunteers sitting, standing, and leaning against the walls. About eight ran over as I approached.

“A bottle of shampoo, please,” I asked.

All of them ran to the back of the room to get one for me. Looking around, I calculated that volunteers outnumbered assistance seekers by about 15 to 1. Toiletries, food, and clothing were piled into high peaks, all neatly subdivided into mini-mountains. The generosity of New Yorkers overwhelmed me, but I could sense frustration, too. No matter how desperately New York City citizens wanted to help in the aftermath of the attacks, there was so little they could do.

As I continued on my walks over the next few weeks, I bore witness to a significant culture change on the streets of Manhattan.

Complete strangers hugged and cried together in the street. Hardened New Yorkers publicly shared their sorrows and exposed their vulnerability. As a tour guide, I knew that up to 800 languages were commonly spoken in the New York area. But in the days, weeks, and months after the worst terrorist attacks in world history, New York City communicated in the common language of grief.

Although some New Yorkers fled the city in the aftermath, many chose to stay, overcoming hardships and uncertainties because we believed our quest was important.

For me, moments of terror dragged into months of mourning. But in those depths, I was drawn into a renewed relationship with Christ through a church community that worked to fill our physical, emotional, and spiritual needs. Although I agonized for weeks before asking for help — believing others were more deserving because they had suffered more — the community at Redeemer Presbyterian Church quietly and empathetically demonstrated how a check to help pay vet bills could become a lifeline.

The church community never encouraged me to “just stop thinking about” the suffering I had witnessed or to “just be grateful” that I had survived. Instead, they opened my eyes to the ways the heart of God shows us so clearly how he cares for us in our brokenness.

I love the Lord, for he heard my voice; he heard my cry for mercy. Because he turned his ear to me, I will call on him as long as I live. The cords of death entangled me, the anguish of the grave came over me; I was overcome by distress and sorrow. Then I called on the name of the Lord: “Lord, save me!”

The days and months following helped teach me — and countless other New Yorkers — the power of sharing our grief. For months after the attacks, New Yorkers regularly gathered at memorials in city parks to mourn together.

And when the city built a permanent memorial to the Twin Towers, it carved a space for collective mourning into one of the busiest areas in the world. “Reflecting Absence,” two one-acre, recessed pools built in the footprints of the destroyed buildings, offers a spot to remember and grieve for New Yorkers and for tourists from around the world who visit daily.

In time I became proud of the scars I carried from September 11, 2001, because I can say with the Psalmist: “Come and hear, all you who fear God; let me tell you what he has done for me.”

As I watched my beloved city rebuild and return to life, I had to understand that Christ walks with me through darkness as well as through light. As I see hundreds of people there day after day, I'm comforted still, reminded of the grief the city and I experienced together in the days after September 11. I look at the memorial now and I remember my old self and picture the new. Seeing these reflecting pools where skyscrapers once stood reminds me that my life is a work in progress and a testimony to God’s power to restore and remake.