A small tale of redemption and renewal. 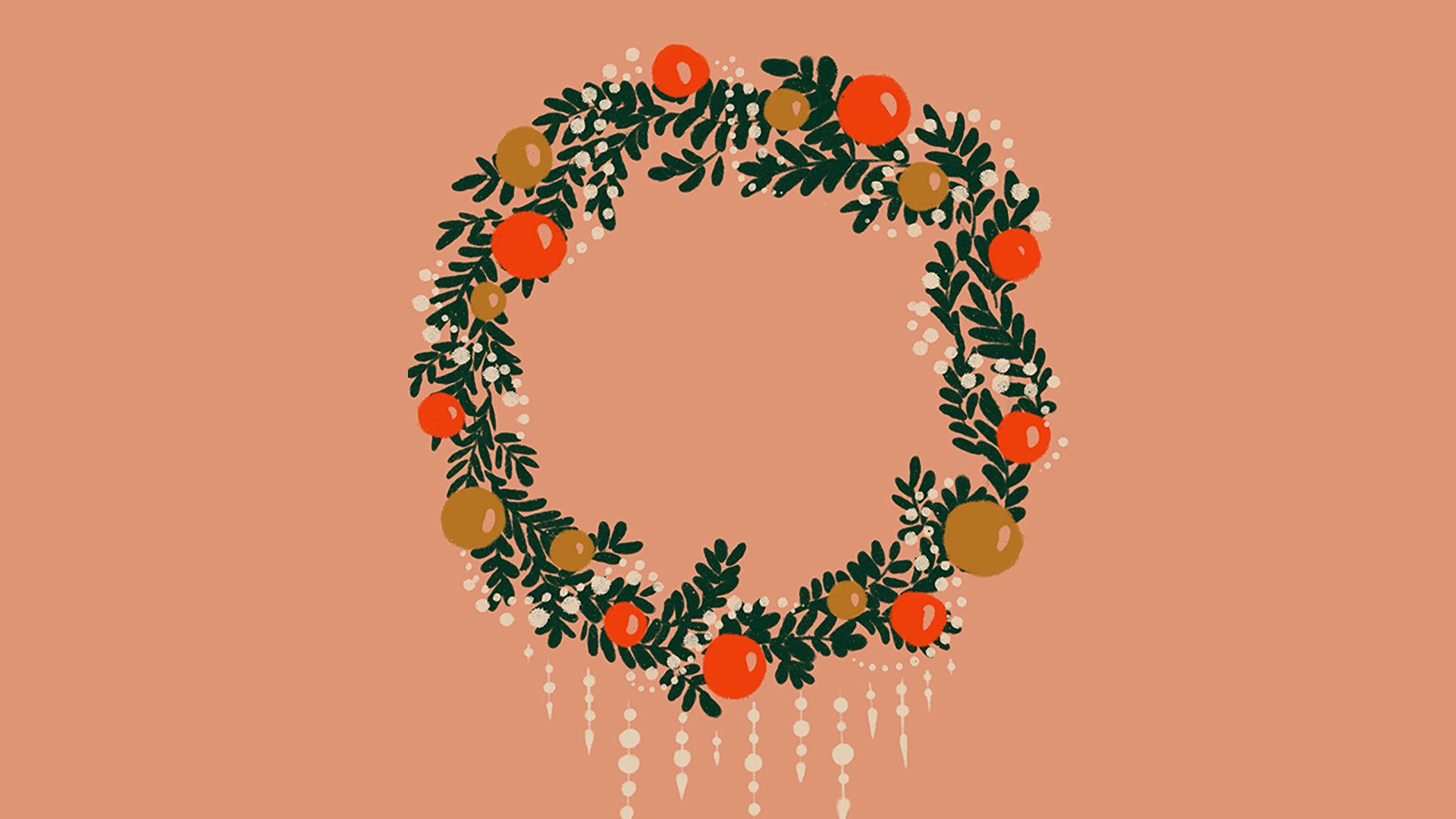 The Christmas wreath has been a staple of my front door for as long as I can remember. As a child, a wreath made of bells adorned our front porch each year, and as an adult, I’ve even tried my hand at making my own evergreen wreath or two. Year after year, even if we never got around to hanging the Christmas lights, or the tree inside was half bare, there was always a wreath.

The wreath has come to be a symbol of joy, hope and promise. But for centuries, the wreath was both a symbol of pride and worldly success and an arcana tinged with anxiety of what was to come. Millennia ago, when the wreath found its beginning, it came with a meaning and context vastly different from what we assume now. Yet despite its decidedly un-Christian roots, the wreath’s symbolism and usage has shifted as it’s been passed around from culture to culture, allowing it to serve as a winsome example of how the Lord can redeem, renew and restore even our most fumbling attempts at tradition and creation.

The story starts with the ancient Etruscans, who lived in modern-day Italy around 900–400 BC. The Etruscans wore wreaths made of laurel or olive branches as crowns upon their heads and used the image of the wreath in jewelry made of precious metals. When the Greco-Roman world took its place in Western civilization a few centuries later, they too wore wreaths. The Greco-Roman upper classes used wreaths as a way to symbolize their connection to the same Etruscans, a symbol of legitimacy and historic lineage. For this society, in a similar tradition, wreaths became a way to publicly display to others your successes and greatness, as they were also awarded after successes in battle or achievements in athletics. These wreaths are depicted in the art and statues we have today that date back to this time.

However, amidst the restless wanderings and migrations of the Germanic peoples of the late-Roman period and early Middle Ages, wreaths were used in an entirely different way. Here, wreaths came to represent the circular, repetitive nature of the seasons. Early European wreaths were made from the evergreens that filled their forests, a reminder, even in the midst of a barren winter, of a lush spring to come. These winter wreaths were often decorated with candles, which, in a similar way, stood as a reminder of the sunlight that was to come in the spring, despite its lack as the days grew shorter.

“In cold, northern climates, people latched onto anything that represented light and life against darkness and despair,” says writer Elesha Coffman. “As a result, their favorite winter symbols included torches (analogous to Advent candles) and plants that stayed green all year.”

The shape of the wreath, too, acted as a symbol of the circular nature of the ongoing seasons for these early Europeans, and many Celtic and Germanic tribes used wreaths in ritual, lighting candles within the wreath and offering pleas to pagan gods to bring back sunlight and life in the spring.

But as the Middle Ages crept on, the wreath continued to develop, both in its form and meaning. Soon, the wreath was no longer exclusively a mark of status or achievement, nor was it primarily a reminder of the continuity of seasons or a plea to the gods those seasons required.

As Christianity began to spread in Europe, the use of the seasonal, ritual wreaths of the pagan calendar shifted. In the 16th century, as people began to bring Christmas trees into their homes, wreaths, made of the scraps of the trimmed tree, accompanied them. And by the 19th century, wreaths had become reminders of the Advent season.

The first modern Advent wreath is credited to German Lutheran pastor Johann Wichern in 1839, who created a wreath with 28 candles (one for each day of the Advent season) out of a wagon wheel. The circular wreath, with no beginning or end, came to serve as a symbol of the eternal nature of God and eternal life through Christ. The prickly leaves and red berries of holly-adorned wreaths were thought to represent Jesus’ crown of thorns and the drops of his blood at the crucifixion, a reminder in the season of what he had accomplished.

“All together, the wreath of evergreens depicts the immortality of our soul and the new, everlasting life promised to us through Christ, the eternal Word of the Father, who entered our world becoming true man and who was victorious over sin and death through His own passion, death, and resurrection,” says Rev. William Saunders.

It’s a progressive practice of patience lighting the Advent candles, a reminder of the already-not-yet-tension we hold, as we both rejoice that Jesus has come and wait for him to come again. Over time, the number of candles on an Advent wreath was lessened to a more manageable amount from Wichern’s 28: four or five, as we see today. According to tradition, we light one candle each Sunday of Advent, with some wreaths including an additional candle to be lit on Christmas day.

Yet, it may seem odd that what is now a staple of so many homes and churches at Christmas has roots in societies that were decidedly un-Christian. But when studying similar trends in Christmas traditions alongside early pagan ones, like the history of the Christmas tree and the closely-placed dates of Winter Solstice and Christmas, Wheaton College professor Timothy Larsen says:

It makes sense that some European pagan traditions overlap with Christian traditions from the same region. People always express themselves through the cultural resources that are available to them, and in the same place, people often have the same resources.

So rather than letting the wreath’s past dissuade us from it, it can instead be a beautiful reminder of how our faith brings reclamation, even to our practices steeped in our own pride or fear.

Once a symbol of one’s greatness and majesty, the wreath now reminds us of the humility of a God who set aside his own greatness to dwell among us, serve us, and sacrifice himself for us. And where the wreath once acted as a ritualistic and fear-laden plea to the gods to bring days of sunshine and harvest, we now hang a wreath upon our door, or light the candles on the one that sits atop our table, and see joy and hope. Joy, for the coming of Christ and the fulfillment of centuries of Old Testament prophecy. Hope, for when he will come again and make “all things new.” 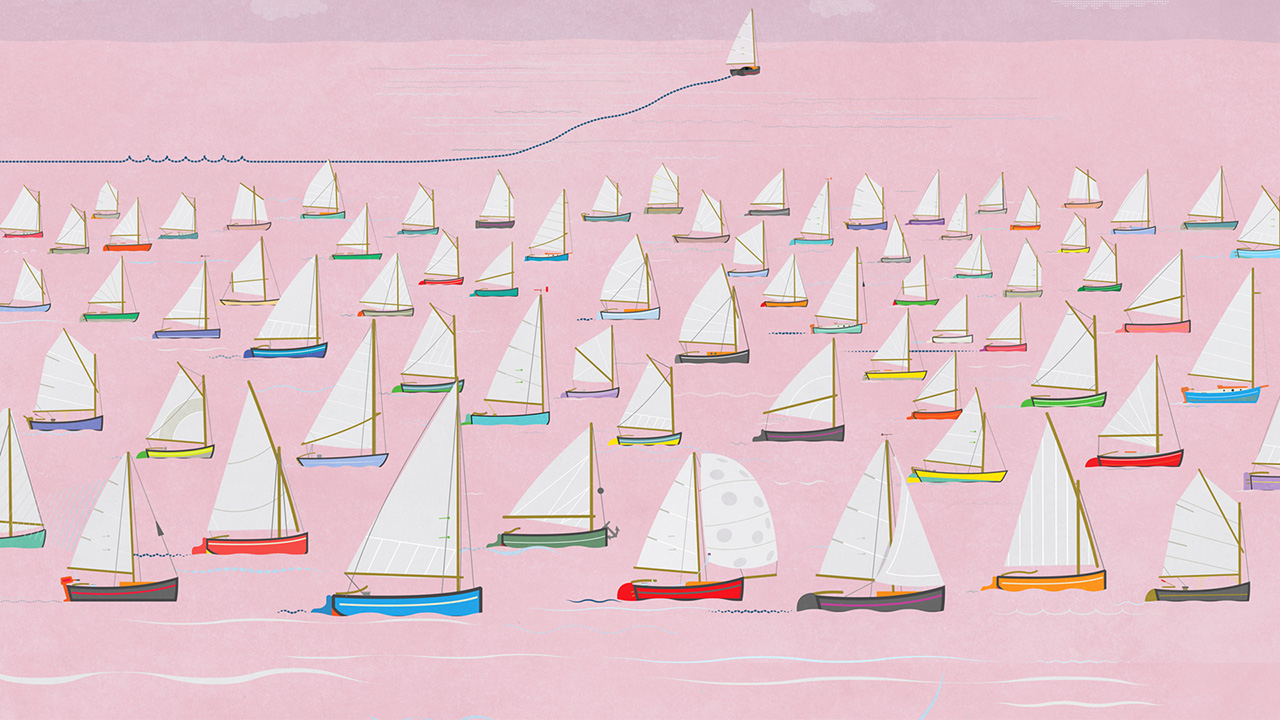