In 'You Are Not Your Own', author Alan Noble writes about the pop-cultural gospel of self-belonging, how it isolates us — and the way of life that can bring us back together. 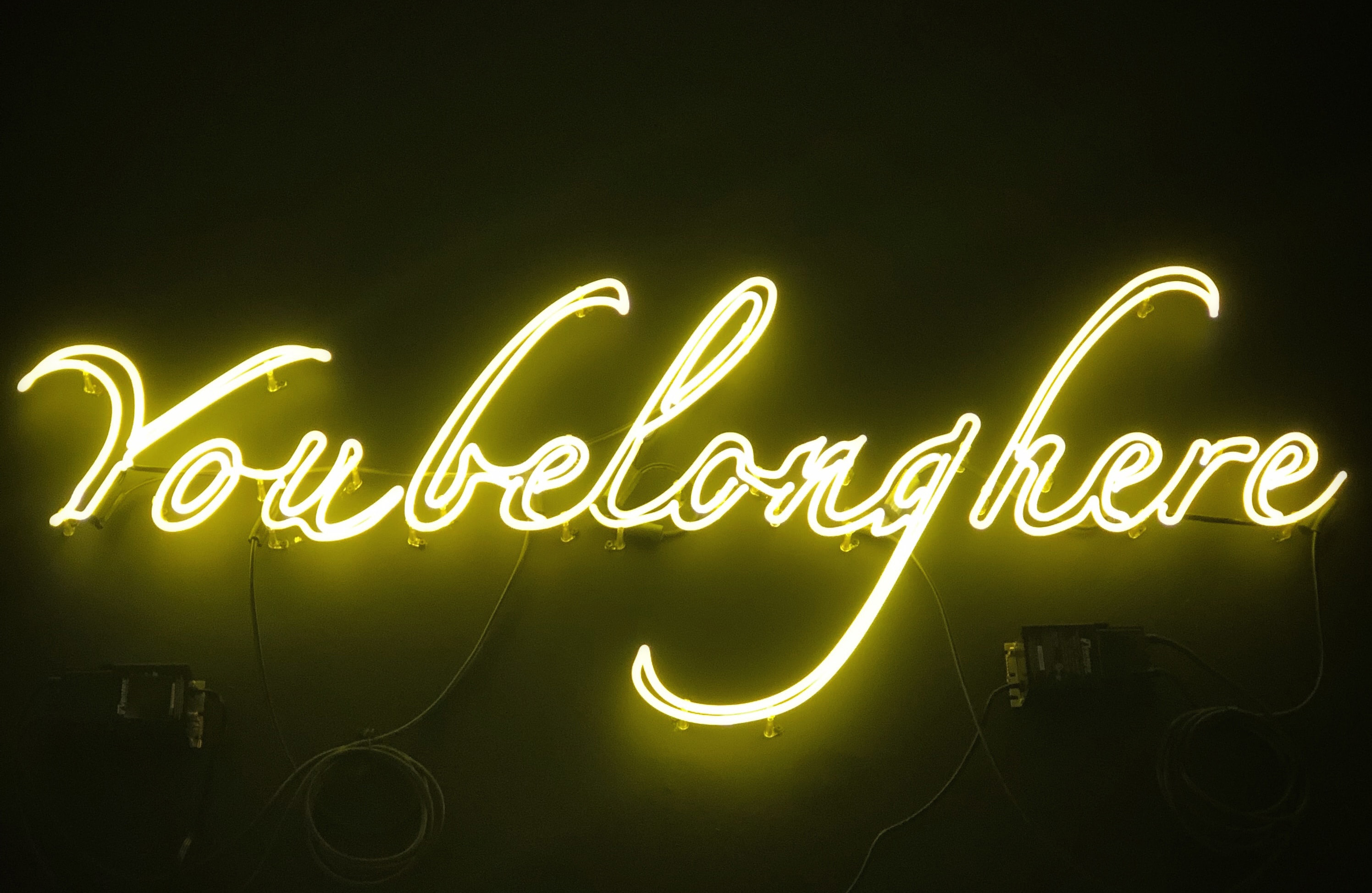 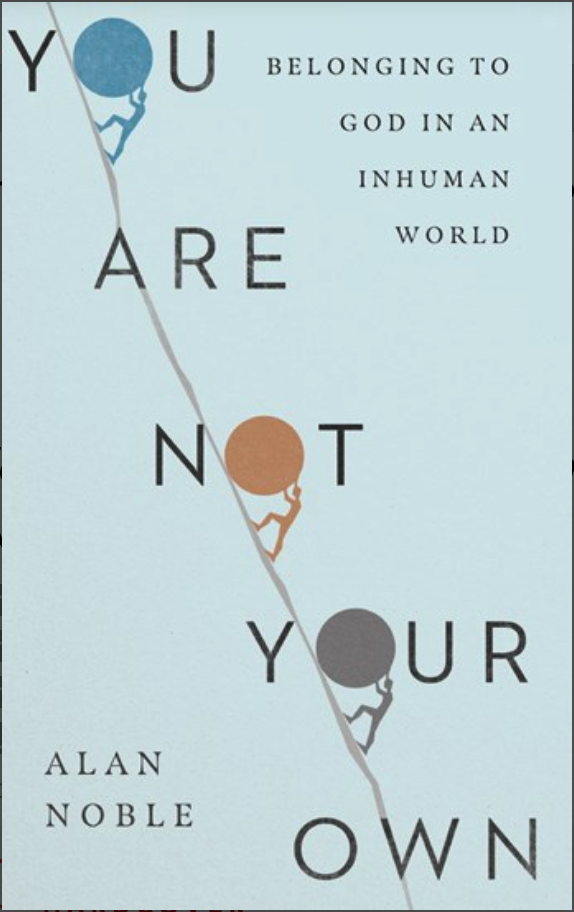 Picture this: a society that operates on a false understanding of humans, an anthropology that wrongly assumes individuals belong to no one but themselves and are personally responsible for creating their own identities. What would that be like? It would make everyone miserable in myriad ways, corrupting our ideas of love, sex, relationships, motherhood, work, career, community, mental health, and consumption. It would inculcate young people with the myth that they are free to live anywhere and do anything but leave them burdened with feelings of rootlessness and desperate for a sense of identity.

In short, it would not be a place where humans thrive.

But according to Alan Noble, professor of English at Oklahoma Baptist University, this is precisely the world in which we live. In his new book, You Are Not Your Own: Belonging to God in an Inhuman World, published this week, Noble explores how the idea of self-belonging has damaged us and the antidote requires not a slight shift in attitude, but a countercultural approach to life.

Self-belonging, which is what Noble calls society’s false anthropology, comes with responsibilities. We are expected to craft our own identities that feel authentic. The method for becoming a fully realized human is to accept that you belong to yourself, work every day to discover and express yourself, and use the techniques and methods society gives you to improve your life and conquer your obstacles. But we also desperately want and need more than self affirmation. It’s lonely and exhausting, and it’s taking a toll on everyone.

Some affirm the responsibilities of self-belonging with gusto and spend their days working to become their true selves. From daily planers to exercise routines, from leadership training to life coaching, the affirming believe the promise of society and intend to make good on it. The individuals who take on the responsibilities of self-belonging feel busy and exhausted, but to them, this is a sign they are doing it right. Writes Noble: “Knowing that they have productively used every moment of the day to improve themselves and their world and move toward some larger goals keeps away most of the guilt of life and fear of inadequacy.”

Self-belongers, whom Noble calls “the affirming,” seem likely to overlap with the group of people so obsessed with work that The Atlantic writer Derek Thomspon calls their worldview “workism.” In Thompson’s definition, workism is “the belief that work is not only necessary to economic production but also the centerpiece of one’s identity and life’s purpose; and the belief that any policy to promote human welfare must always encourage more work.” Wealthy Americans, especially wealthy married men, spend more time working than middle- or lower-class workers, leading Thompson to conclude that workism is the wealthy class’s new religion.

“On the whole, American society perceives careers as the primary way to fulfill the self in the world,” Noble told me in an interview last month. “You need a job that gives you a sense of identity, dignity, importance, excelling and superiority to others, with trajectory and a promotion schedule.”

Because work is so integral to the American identity, Americans ask more from their jobs and their employers than in previous generations, expecting their work to reflect their sense of ethics and morality. A 2018 Gallup survey found that the top priority Millenials and Gen Zers look for in an employer is a company that cares about them. Ethical leadership and a diverse, inclusive organization were the second and third priorities, and, according to Gallup, the pandemic has only intensified these demands.

Working with college students, Noble sees young people making these high moral demands on their employers or future employers. They reject the false notion that work is morally neutral, which Noble says he applauds. But he also sees their concept of virtuous work is woefully narrow: defining virtue by whatever social issue is popular at the time rather than a robust concept of ethics and goodness. “We should broaden our definition of an ethical company,” Noble told me.

In his Atlantic piece, Thomas continues: “Our jobs were never meant to shoulder the burdens of a faith, and they are buckling under the weight. A staggering 87 percent of employees are not engaged at their job, according to Gallup. That number is rising by the year.”

A recent article in The Wall Street Journal noted that far fewer young men are enrolling at two- and four-year colleges compared with their female peers. Men made up just 40.5 percent of college students at the end of the 2020-21 school year, according to the National Student Clearinghouse. Researchers suggest obstacles to education that weigh more on boys and young men: videogames, pornography, cases of overdiagnosis of boyhood restlessness and related medications, and a sense that a college education doesn’t pay off. One expert interviewed in the article summarized the situation by saying “there is a kind of hope deficit.”

In You Are Not Your Own, Noble points out that whether running ourselves ragged to craft our own identities or giving up on the race, the results are practically the same. He offers plenty of evidence for how society is not coping well, and one way to measure the problem is the rise in depression, addiction, and suicide.

According to a 2018 New York Times article, 15.5 million Americans have been taking antidepressant medications for at least five years. The rate has almost doubled since 2010, and more than tripled since 2000. The report cites historian of psychiatry at the University of Toronto Edward Shorter saying, “We’ve come to a place, at least in the West, where it seems every other person is depressed and on medication. You do have to wonder what that says about our culture.” The same year, CDC Director Robert Redenfield released a statement commenting on the declining life expectancy in the US. “Tragically, this troubling trend is largely driven by deaths from drug overdose and suicide,” he said. “Life expectancy gives us a snapshot of the Nation’s overall health and these sobering statistics are a wakeup call that we are losing too many Americans, too early and too often, to conditions that are preventable.”

What is your only comfort in life and death?
That I am not my own,
but belong—
body and soul,
in life and in death—
to my faithful Savior, Jesus Christ.

Noble sees a right understanding of belonging as the key to living well in an inhuman world.

Rather than resorting to coping mechanisms, Christians can live in a kind of extravagance, which Noble calls “prodigality.” He writes, “Prodigality simply means a way of being in the world that takes for granted God’s existence, goodness, and providence, freeing us from the Responsibilities of Self-Belonging so that we can joyfully attend to what is present.”

When we belong to God, we can also let ourselves belong to a family, a church, and a place. This belonging is limiting. It binds us to people, institutions, and places that might have hurt us in the past, or that might not always be exciting. This change in approach is not just another coping mechanism or slight shift in perspective; it’s a countercultural approach to living in an inhuman world, a perspective we must battle to maintain. But it centers our personal stories — our identity and significance — in a bigger story.

“Knowing that we are not our own because we already, always, and rightly belong to Christ means that our place among creation is sure,” Noble writes. “We may not feel secure. We may doubt ourselves. And we will still struggle to live in a society that undermines commitment and belonging at every turn. But objectively we belong.”