What We Can Learn from the Ethiopian Church

Discovering curiosity in a know-it-all culture. 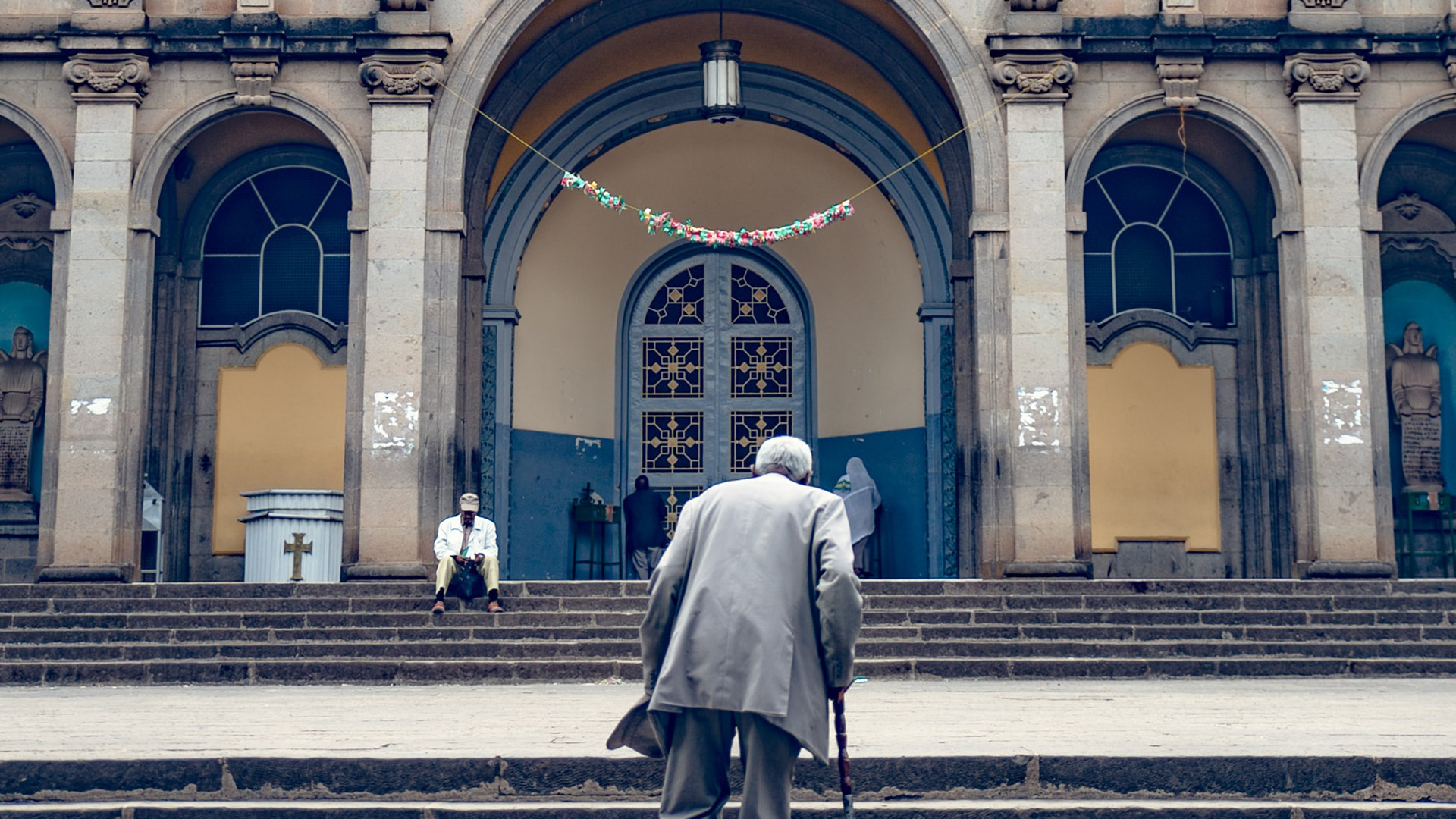 Loving others as ourselves is not only the greatest commandment but also enforces the number one rule in cross-cultural communication: Understand that no one culture is superior to another.

But the power that comes with being the majority in any cultural conversation is overwhelmingly felt, and overwhelmingly difficult to lay down. The reality is it takes work to level the field, to treat others the love demanded by the greatest commandment, to relate to one another in any real and meaningful way. Where do we begin? With a posture of curiosity that replaces a posture of power, and a solid belief that another’s culture is as rich and deeply meaningful as our own.

These truths have become clear to me as I have reflected on my own experience as a cultural minority living in the United States. I live in the United States now, but the neighborliness of my church community in my home country of Ethiopia taught me the importance of and the possibilities that come with living by genuine love and pure curiosity for the life of a neighbor. It was in the way that Hararians lived into the diversity of this place that I saw the work of harmony, most clearly among the Ethiopian Orthodox Christians and Muslims who shared a city.

Curiosity at work in Harar

My family was a part of a small community in Harar — of a different faith entirely than the majority of its residents. Harar is estimated to have about 153,000 people, and the majority of the Harari people are Muslim. According to UNESCO, “The walls surrounding this sacred Muslim city were built between the 13th and 16th centuries. Harar Jugol, said to be the fourth holiest city of Islam, numbers 82 mosques, three of which date from the 10th century, and 102 shrines, but the townhouses with their exceptional interior design constitute the most spectacular part of Harar’s cultural heritage.”

Since Harar is at the border of Djibouti and Somalia, the city holds a lot of unique cultures, and the Ethiopia I knew growing up in Addis, the capital city, had an even different flavor. Harar had the hustle and bustle of flea markets since merchants passed through to the rest of Ethiopia, giving us access to the latest fashions and the best of the imported goods coming in from the coast.

The relationships between many of the Ethiopian Orthodox Church and their Muslim neighbors was beyond tolerant — and deeply communal. It showed me that I too can love my neighbor as myself when I went back to my school where muslims were the minority.

Residents like my grandparents, who were transplants to the area, brought the Ethiopian Orthodox Church with them. Yet Muslims and Christians lived together in that part of the country very peacefully, although the two faiths drastically differ, to the point of having separate butcher markets for their meats (because one prayed for the animal in the name of the Father, the Son, and the Holy Spirit, and the other in the name of Allah).

My grandfather’s best friend and business partner was a Muslim man and a man whom he loved and trusted. The idea that all people are created equally in God’s image was beautifully displayed in their relationship for whomever had the eyes to see it. They ate together, though they likely had two different people who prepared the food appropriate for their faiths. Eating together was never a question; it was a priority and, by extension, we, their children and grandchildren, experienced community with those with different belief systems. They shared their lives with us and we shared ours with them.

The Western Christianity I know somehow tends to pull believers away from community with non-believers and puts them in a holy huddle where they become self-absorbed, rather than self-sacrificial. I believe my own struggle with the Western way of discipleship is exactly because I believe community is not only reserved for those with the same belief system. Scripture teaches us “How good and pleasant it is when God’s people live together in unity!” (Psalm 133:1). Yet our gathering should strengthen us in spirit so that our scattering can bring God’s kingdom to bear.

If we are being discipled by those who look, worship, and vote like us, then living missionally will not come naturally from our community and our circles of friendship. This leaves us, when suddenly placed in a cross-cultural environment to do “missions,” with a disjointed view of God and his people. We are then often tempted to impose our views on another, to elevate our cultural views to the status of biblical truths, and uncomfortably try to control the views of other people, believers, or nonbelievers from different cultures and backgrounds.

In order to see harmony in our own contexts, we must understand our own tendency to exert power over curiosity, convenience over consideration. Cross-cultural interactions are bound to go south very quickly when one side possesses too much power in the dialogue but isn’t aware of it. For example, for someone like me who finds themselves in the minority, it is exhausting to be asked questions such as where are you from, how long will you stay here and do you have a shorter version of your name. These questions are not the best because they don’t necessarily show a desire to get to know us as a person but come off as asserting power over another human being. To ask where someone is from when the topic of where everyone in the room is from hasn’t come up, unnecessarily singles out that person and identifies them as an outsider. To be asked how long you’re staying in a country once people find out you’re not born in the U.S. might indicate their anti-immigrant views and racial profiling by assuming that the person isn’t a citizen. And having the audacity to ask someone for a shorter version of their name because you have no interest in learning their name indicates how little you think of them and their culture to take the authority to rename a person whose name comes from their culture, and history, and is representative of their dignity.

At the core of my upbringing in Ethiopia was my community, one whose culture — inside the church and out — was influenced by the early church’s practice of hospitality.

When people ask me about my culture, I know they’re trying to move closer to me, by learning a bit more about how I see the world rather than making assumptions. I, too, as a cultural minority living in the U.S., want to learn how others see the world. I hope to be approached with the same openness and curiosity — to experience the power of God without being shielded from the diversity of his people, to be in the world but not of it because God’s love, still mighty and powerful, pursues me in the midst of it.

My experience among the Ethiopian Orthodox Church was foundational for my faith, but that doesn't mean I must choose between two cultures of Christianity, or live a life of faith feeling disjointed. Rather, the model it provides is a hospitality toward more than Harar and more than its nearby cities. We cannot engage well with others without laying down our cultural power. This is the only way to build bridges with people in all walks of life.

The great commission is a mandate we must carry into the world, but we cannot do that without living among the people of the world. Therefore we cannot be effective disciple makers by keeping our circles small and tight, or by demanding outsiders meet our own cultural parameters. If we are to live like Christ we must, by the power of the Holy Spirit, practice the work of harmony, willingly laying down our power and embracing mutuality.