What Does Neighborliness Have to Do with the Supply Chain?

The free market demands a look to your left and your right, upstream and downstream from your part of it all. 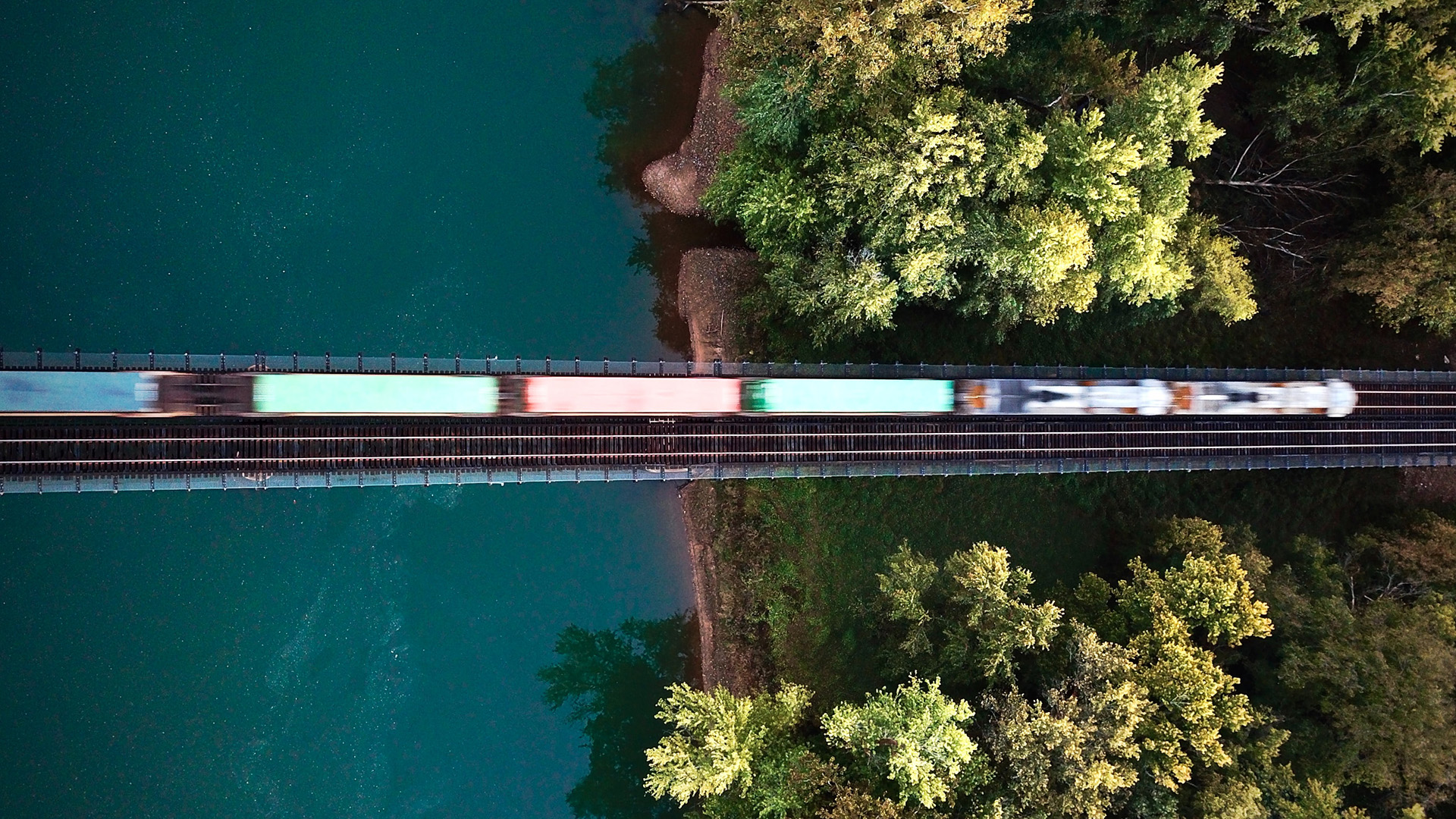 Small and large, our actions create waves, and sometimes they create tsunamis. Our lives are interwoven. This is what MIT meteorology professor Edward Lorenz learned in 1961 when he, having rounded one of 12 weather simulation variables from .506127 to .506 radically changed projected weather patterns for the next two months. His discovery, the basis of chaos theory, became known as the “butterfly effect,” and as Peter Dizikes writes in MIT Technology Review, the idea gained widespread resonance when he later “suggested that the flap of a butterfly’s wings might ultimately cause a tornado.” A seemingly insignificant event can cause a monumental outcome.

We might think of our interdependencies as confluent tributaries of a river. John Hildebrand, professor emeritus in nonfiction writing at the University of Wisconsin-Eau Claire, reminds his readers of this: “All rivers are connected. The Nile, Euphrates, Amazon, Danube, Yangtze … that little millstream lazying through town — they all flow to the same deep blue sea.”

And the truth is, no matter where we locate ourselves, we’re simultaneously upstream and downstream from someone or something. In business, no management concept better illustrates this reality than the myriad links along the value chain, the connective steps required to move a product or service from ideation and design to sourcing, production, sales, delivery, and support.

Not only are individual actors within the value chain inter-reliant, so too is the market more broadly. In Our Common Wealth: The Hidden Economy That Makes Everything Else Work, commons activist and thinker, Jonathan Rowe explains:

Ironically, Rowe observes, the commons goes largely unnoticed. Although it’s everywhere — as ubiquitous as the sky — we seldom pay attention.

Not Paying Attention is Costly

In business, when we ignore the needs of various stakeholders, we pollute the larger ecosystem, infusing toxins that other individuals and institutions are forced to clean up. We refer to these costs, or contaminants, as externalities. Not paying livable wages and benefits, for example, may improve profit margins temporarily, but the long-term impact is destructive. Low wages and benefits, especially those that fail to provide for basic human needs, penalize the common good. Like a waterway full of chemicals — families, communities, and other institutions suffer when employers don’t attend to those who live and work “downriver.”

But looking downstream is not enough, we must also look upriver. In business, this means paying attention to the complex workings of the supply chain. Leonard E. Read, the founder and former president of the Foundation for Economic Education, a libertarian think tank, does just that in his famous 1958 essay, “I, Pencil.” Although the piece serves largely as an ode to free-market, limited-government capitalism, it offers insight into the unseen channels that feed the larger Amazonian-like river of modern-day business.

Reed tells the story of a pencil’s family tree, the complex web of materials and work activities that lead to its “birth.” With its relatively straightforward appearance and inputs — wood, lacquer, labeling, graphite, metal, an eraser — its gestation is more sophisticated than first imagined. From Oregon and Northern California cedars; to the saws and trucks used in its harvesting; to the gas and electric companies powering the processes; to the mining of ore and fabrication of steel used in the machinery to cut the trees; to the growing of hemp and the production of rope used to move the timber; to the workers in logging camps and the supporting services that enable them to perform their work; to the railroad cars that transport the materials; to the kilns, grooving, and finishing work … the genealogical record branches out in many directions.

And, as Reed’s pencil declares, there’s a fact even more surprising: “The absence of a mastermind, of anyone dictating or forcibly directing these countless actions which bring me into being. No trace of such a person can be found. Instead, we find the Invisible Hand at work.”

The Invisible Hand Is Not the Hand of God

But the “Invisible Hand” of the free market — first imagined in 1776 by Adam Smith in the Wealth of Nations — doesn’t equate to the hand of God. As Smith imagined it, it is the all-encompassing “benevolent” self-interest of all economic players.

In recent years, bestselling author A.J. Jacobs has also explored supply chain tributaries, but rather than offering an apology for Libertarian economics, his goal — chronicled in his book Thanks A Thousand and his corresponding TED talk — was to heighten his sense of gratitude. Setting out to thank every person who played a role in producing his morning coffee, he met baristas, tasters, cup makers, roasters, water company officials, food safety supervisors, transporters, raw materials extractors, and farmers. In all, he personally thanked 964 people.

What Jacobs discovers is a lesson for us all, “The Gratitude Trails intersect and overlap everywhere.” Reflecting on a scene from Italo Calvino’s book, Invisible Cities, where residents stretch strings from home to home to portray the sustaining relationships of communal life, Jacobs observes, “If we connected the world with threads signifying gratitude, the result would be as thick as a blanket.”

Self-interest is not a fruit of the Spirit. Even in its best economic form it cannot meet society’s deepest needs. To be faithful participants in the market economy, we need a deeper rule of life — a commitment to see and act like an ecologist, who strives to steward the biological household, a term that ironically shares the same Greek word, οἶκος (home) that forms the word economist. Faithful marketplace participants don’t view themselves or their firms in isolation. They are part of a bionetwork requiring communal, responsible caretaking.

We’re often taught that our lives are autonomous, but this conviction places us in murky waters since it contradicts the Bible’s teaching about gender mutuality and the glorious interdependence of all members of the body of Christ (see Rom 12:4–8; 1 Cor 12:12–31).

But gratitude for interdependence doesn’t always come naturally; there are other ways to recognize our responsibilities within our economic communities, including by practicing neighborliness within our value chains.

How might this work? Consider Costco, which distinguished itself by taking a holistic view of its stakeholders vis-à-vis its warehouse retailing competitors. Carrying a limited number of items (under 4,000 as compared to Walmart’s 100,000); relying on high volume, high-quality product bulk sales; compensating workers well, including handsome benefits; collecting annual membership fees to take pressure off other nodes in its value chain; focusing on upscale buyers, including small businesses; and bypassing advertising to minimize fixed costs are but a few of the ways Costco is delivering value while respecting others.

Costco’s mission and code of ethics guide the company. Costco co-founder and former CEO, in a New York Times article, defended their philosophy: “On Wall Street, they’re in the business of making money now and next Thursday. I don’t say that with any bitterness, but we can’t take that view. We want to build a company that will still be here 50 and 60 years from now.”

Like the ecological care of a waterway, we too, are always downstream and upstream from someone else. And this presents us with an important choice: We will either leave the waterway as pure, even purer than we found it, or we’ll pollute it by filling it with contaminants that someone else will be forced to remediate. The costs are real, but so are the opportunities.