You recognize the art. Here’s how it started. And how it’s going.

Comics are best known as a medium for superhero stories or the Sunday funnies. But Everett Patterson has turned them into a ministry.

Patterson started his career as an organic vegetable farmer. And after a long day in the fields, he couldn’t wait to get back to his artwork. When he heard about an unpaid internship at a comics studio, Patterson leaped into the world of comics and never looked back.

Now he works as an artist for BibleProject. Or, as a recent byline explained: “Once a mild-mannered assistant editor at Dark Horse Comics, Everett Patterson was bitten by a radioactive Bible and became a junior art director for BibleProject.” We chatted about his experience as an artist, the evolution of his practice, and the heart behind his creativity.

When Patterson first began drawing, his only tools were pen and paper. Those simple implements helped him create powerful pieces like José y Maria. This moving illustration was his family’s Christmas card in 2014 and took him about a week to create. You might recognize it:

Patterson chose a “modern setting in front of a bodega and modern clothes but framed and composed it like a medieval illustration, with halos and the stilted postures of medieval paintings.” He had fun adding “knowing winks” and allusions, like Mary sitting on a horse and the Starr beer sign.

Yet, the inspiration for the piece ran deeper still. At the time he was creating it, the Syrian refugee crisis was growing. There was an increase in xenophobia, and images of immigrants and refugees were ever-present. Patterson wanted to remind people that “Jesus was a refugee, a poor person with nowhere to lay his head.”

When some of Patterson’s family and friends posted their cards online, the image went viral. And year after year since then, it reappears online each Christmas. Since Patterson started selling prints on his Etsy store, he’s also seen increased sales every time that refugees or immigrants are in the news.

Since joining BibleProject, Patterson’s tools have changed from pen and paper to Adobe suite, Clip Studio Paint, a tablet set on an easel, and a computer connected to a stylus. Whereas drawing used to take him a week to complete, now he is working on video projects six months in the making.

Patterson shared the inside scoop on how BibleProject creates the videos that “are going out to help people in the church and all around the world learn to read the Bible.” Over 100 million viewers in 200 countries have watched BibleProject videos, and they’ve been translated into 52 languages.

Each video starts as a long, rambling discussion between the writers. Then they condense it down into the most important points and present that dialogue to the artists. The artists and writers discuss all the details, then the next steps are the parallel processes of storyboarding and visual development.

Storyboarding deals with the characters, setting, and pace. Visual development is all about research: What would a first-century Jewish person eat? What shoes would Roman soldiers wear? Visual development involves studying art history, too. For example, during the How to Read the Bible series, the artists wanted three distinct styles for the three kinds of literature in the Bible: narrative, poetry, and prose.

Patterson explained in an article, “For poetry, we chose a meditative, painterly style based on the works of the post-Impressionists. Prose discourse was depicted by the playful, angular shapes of Cubism and Constructivism. But how to represent biblical narrative? This was the easiest choice of all. Comics: the ultimate narrative art form!”

The fourth step is figuring out how the characters will move and how the camera will flow through the scene. Then animation and illustration are layered and stacked, and once the “sound designer adds in bleeps and bloops,” the video is complete. There is great attention to detail with realistic sounds used for people and more abstract noises for celestial beings or ephemeral topics.

Every single BibleProject video goes through those five steps. The 10 to 12 artists and producers on staff work in teams to put multiple videos in production at once.

Patterson enjoys being able to jump between projects. When he gets “weary with meticulously detailed work with illustration” then he can shift into something more big-picture like storyboarding.

The Art of Comics

Many art forms demand specialization, but the art of comics “encourages being a generalist.” Patterson shared. “At any given point you have to know something about anatomy, costume design, architecture, nature … you need to be able to pull from the buffet of artistic disciplines depending on what the story calls for.”

Comics are also more deadline-driven than perfection-focused. Whereas a painter may spend months working on a single piece, comic creators often have weekly deadlines. So, the whole style is simplified and more conducive to a quick turnaround. In this way, comics are an “art form created by deadline structure.”

Patterson explained comics' unique appeal at BibleProject: “While other types of art encourage us to slow down, to meditate on the artwork in an eternal frozen moment, comics urge us, ‘let’s go!’ We are swept along from panel to panel and from page to page as the narrative careens forwards, seemingly with a life of its own.”

Comics have allowed Patterson to be a professional artist for the last 11 years. “Financial stability is hard to come by for an artist,” he said, and he’s grateful for BibleProject and how well they take care of their creatives. Every time that he sits down at his desk and picks up his stylus, Patterson said, he is happy that he followed his passion.

Vegetables are great, but drawing “Moses as a ripped, muscle-bound dude to show how large he looms in the Bible,” Patterson said, is just so much fun. 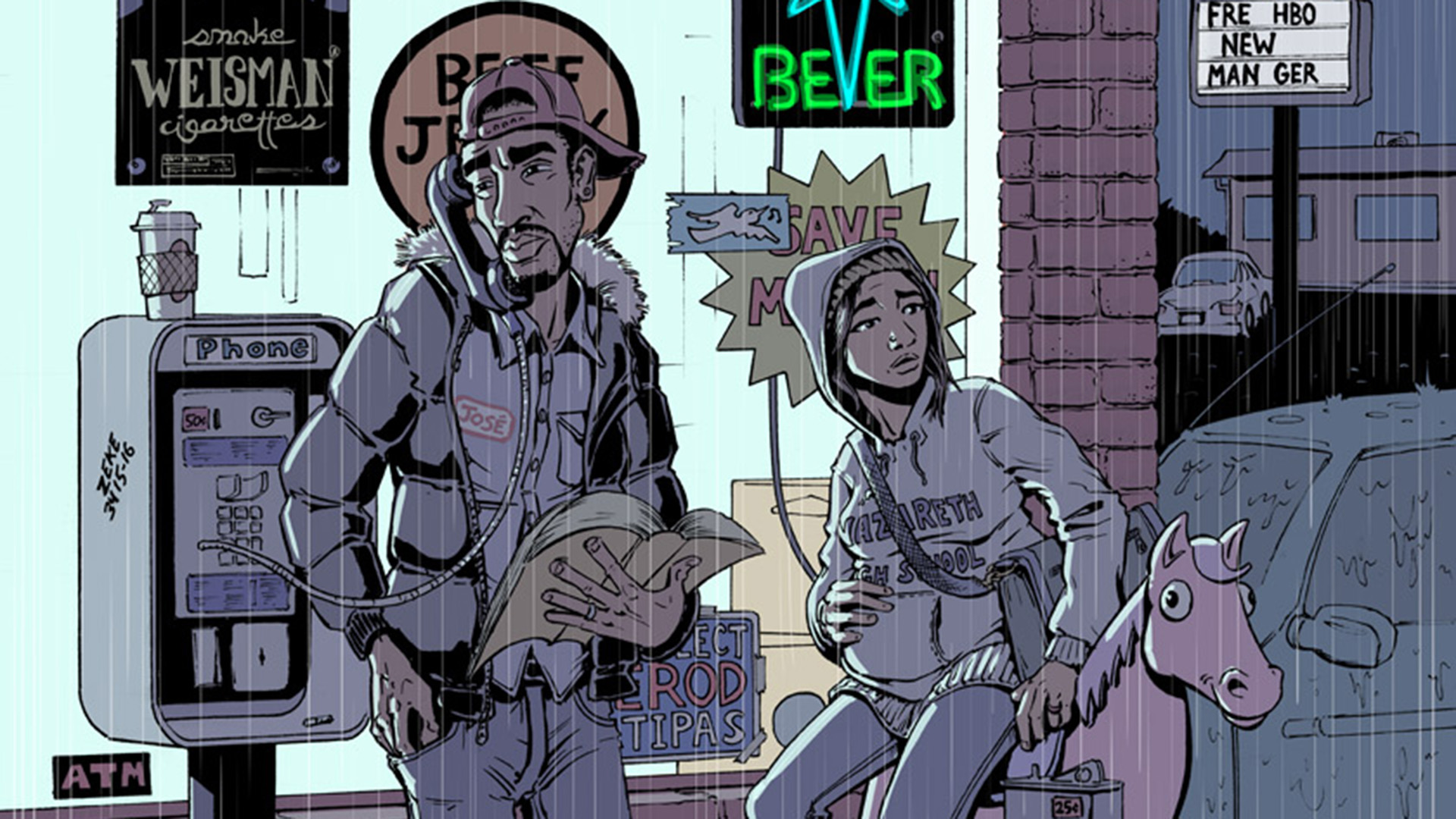 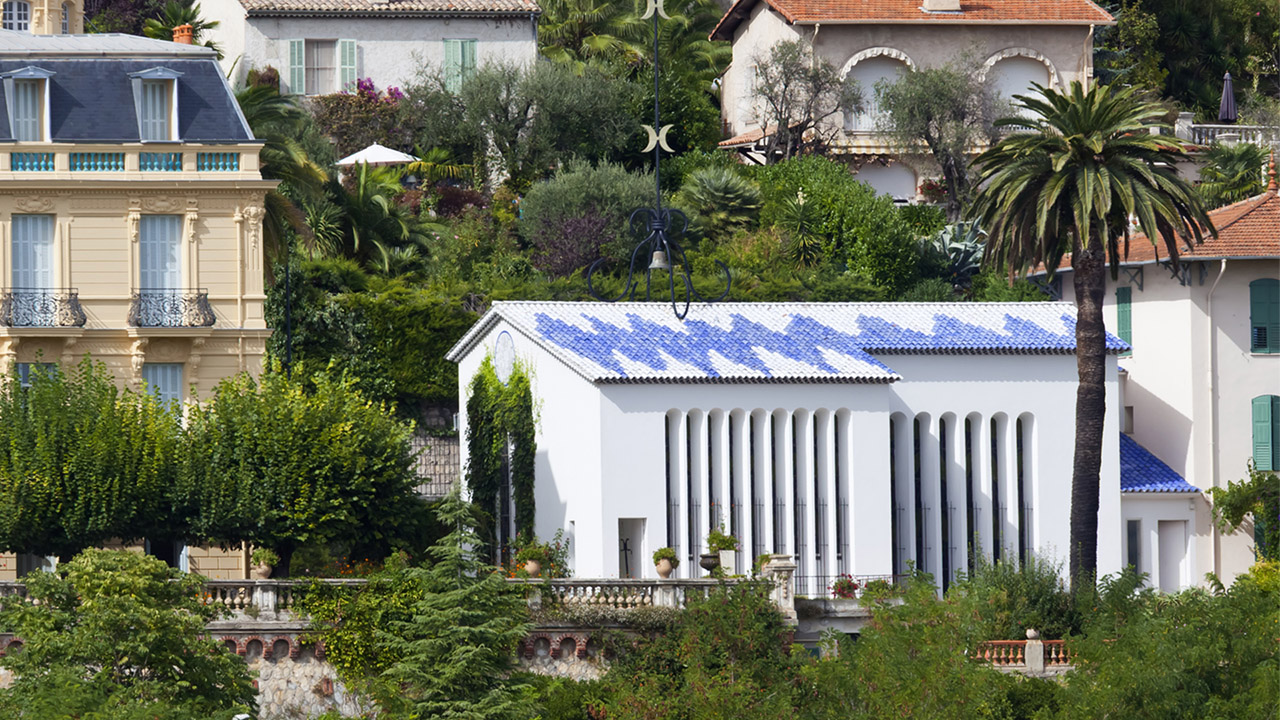