The Case for the Use of Literature in Economic Development

On reading widely, and discussing, with the people of God. 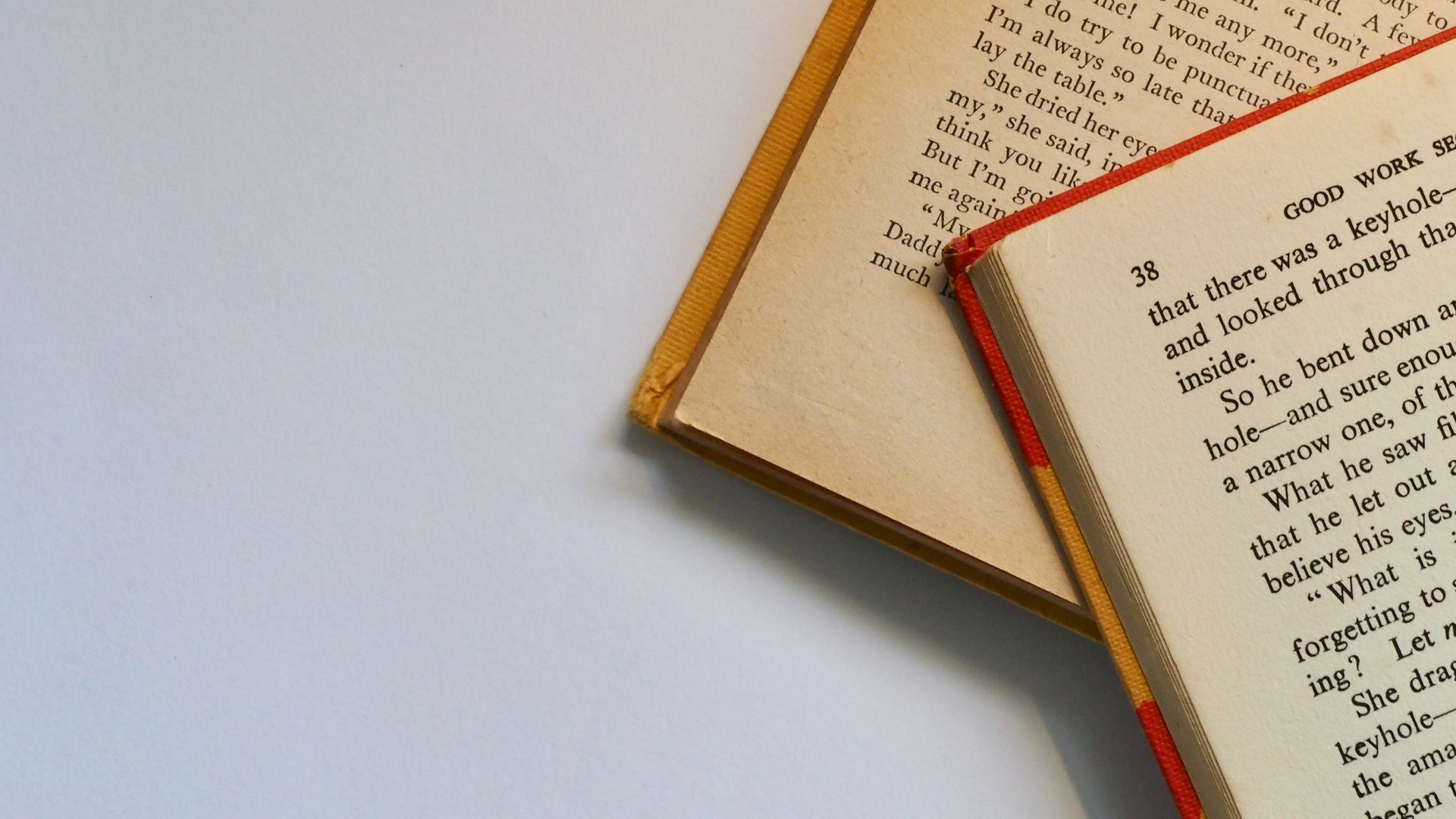 The small neighborhood of Englewood sits just east of downtown Indianapolis. It’s an old community, with a story and texture that parallels those of similar urban neighborhoods throughout the country. This is where book critic C. Christopher Smith makes the Englewood Review of Books, a weekly review that has been running since 2008. The review fits the model of publications like the New York Review of Books or the now-defunct Books and Culture. Except, unlike those, the publication functions as an effort in development. In fact, there’s an org, the Englewood Community Development Corporation, through which several of the neighborhood’s entrepreneurial and development-focused ventures operate. What’s even more unique is that Englewood Review, like its sister development efforts, operates as a ministry of a church, the century-old Englewood Christian Church.

We talked about this, and more, a couple of weeks ago.

You document the reading life of your community in your book, Reading for the Common Good. Can you recount how that came to be?

I think because we’ve been a congregation for 125 years, with long habits of reading together, we’ve always, in some sense or another, been a reading congregation. Now, the sorts of things we’ve been reading have certainly changed, and being an evangelical congregation, our commitment to reading Scripture is the bedrock on which this idea of reading for the common good was built. For us, this notion of reading for the common good has been intertwined with our practices of conversation, and that is a more recent development, 20, 25, 30 years ago in the early 1990s.

Like a lot of evangelical congregations at that point, we had a Sunday evening worship service that was a light version of the Sunday morning service. It was dying off, as it did in a lot of churches in that period of time. But we didn't want to give up being together on Sunday nights. Somebody had the idea, why don’t we just circle up chairs in one of our multi-purpose rooms and have a conversation together? Out of sheer persistence, we continued week after week. And over the last few decades that Sunday night conversation, which eventually became a Sunday morning conversation following our traditional worship service, really has been the backbone of our life together. Reading has been an important practice related to that time of conversation.

I’ve been influenced a lot by the Judaic tradition, the Hebrew tradition, of Midrash. For those who aren't familiar, it's this way of engaging Scripture that is conversational. What have our elders said about this particular passage of Scripture? It becomes this ongoing, many-leveled conversation. I think there’s a lot of wisdom in that. And I think in my more recent book, How the Body of Christ Talks, I try to explore the nature of God in Trinity as largely conversational and the good life that God intends for us as, in essence, conversational.

The modern age has been one that has really tried to do away with history, and a big part of my own work and lots of other people’s work over the last 50 years or so has been trying to recover the historical, recover the values of recognizing that we are necessarily building upon those who have come before us.

More broadly, certainly, there may be some big problems. Certainly, the recent public emphasis on racism as systemic injustice is the first thing that comes to mind. There are some significant problems of those that have gone before us. I think of the ways that in the last year or two scholars had been wrestling with the writing of Flannery O’Connor, for instance. It’s a yes-and. We have to recognize some of those dynamics in those people that have gone before us and have shaped us. But I don’t think it’s helpful to cancel them, to throw the baby out with the bath water. But how do we enter into conversation with them in ways that are honest, that recognize the ways they were shaped and we are shaped by powers of injustice but also recognize that there’s some really good and beautiful things in the work of those that have gone before us?

Your church, Englewood Christian, is a hub in your neighborhood for entrepreneurship and development. And this reading dynamic plays a part in that, too, right?

Yes. We have a lot of common work we do together. We have probably half a dozen different businesses that have started here in the buildings, and those form daily spaces in which we’re having conversations together about how we can do this work well, or how we can do that work better. How can we do this work in a way that’s sustainable and pays fair wages for the people who are doing it? And does the work well in conversation with neighbors who are doing similar types of work, with other groups across the city who are doing similar types of work?

For example, the big areas in which we're doing work are community development, economic development, and early childhood education. Reading is an important part of that because we need to have our imaginations stirred about how other people are doing these sorts of work in other places. Thinking about it theologically, we need to ask how do we do these sorts of work in the way of Jesus?

We’re in an urban neighborhood, what some folks might call an abandoned urban neighborhood. But also, if you dig a little bit deeper, there are always some rich dynamics, giftedness of people and institutions here that were never completely mined out of the neighborhood in its abandonment by the so-called white flight, as many urban neighborhoods have experienced over the last 50 or 60 years. So even though we may be reading personally, reading for the common good is reading with all of these dynamics in the back of our minds. Even when it’s a novel or poetry, how do we approach those things with these real communities in view and real socioeconomic dynamics in mind that are coming into conversation with the things that we’re reading?

Apart from the organic aspect you’re describing, there’s of course a formal element with your work with the Englewood Review of Books. How does literary work connect, say, to community and economic development?

A lot of the work we do at Englewood has been asset-based community development, which contrasts needs-based development. A needs-based development asks, what do we need? What isn’t here? Asset-based community development starts with the question of what is already here. I really wish that more churches would take an asset-based or an appreciative way of looking at history, being honest about some of the brokenness and some of the shortcomings. What are the real fruits of what we’ve inherited in our local congregations, in our denominations, in the Christian tradition as a whole? What are the good things about that, and how can we leverage that to imagine new ways of moving forward that hopefully are maybe a little bit more faithful than where we are right now?

Often, in terms of Christian books, you find basically the same book repeated over and over again, which is generally a subset of self-help. Finances. Relationships. Evangelical reading habits, in many spaces, tend to mirror the way some people watch cable news: You just turn on what you know and enter a feedback loop. For your readings together, what did it look like to choose texts?

That’s a great question, and I don’t think there’s a neat answer to it. There are probably two things that contribute to selecting the books we read together. The first is asking what's going on in and around us? We don’t usually use this language, but what are the ministries that we have — whether that’s caring for children or Sunday-school-type education or ways that we engage our neighbors. What are the things going on in those spaces, and what are either the pains or the opportunities we see. What are the cutting edge books for doing that work? What can we be reading and talking about that might help us do that better and more faithfully? Maybe they’re not necessarily Christian books, but how do we read those as Christians and enter into a conversation about what we can learn from that? That's one main thing: being attentive to what’s going on around us.

The other factor that I think is really important is the giftedness of each of us in the congregation. I use giftedness in a really broad sense, including desires and the ways that we’ve been formed. What do we like to read? What sorts of work are we good at doing? What are the sorts of things that we are naturally drawn to read? Because I’m drawn to read work by Wendell Berry, for instance, I want to talk about it and to share it with other people. Sometimes reading groups are reading a particular book because somebody's read it and is really excited about it.

Say someone wants to start doing this kind of communal reading. Are there books with which you recommend starting?

There are a lot of books. Certainly, I’d recommend a lot of Alan Jacobs’ work. He has written a little book called The Pleasures of Reading in an Age of Distraction, which is really good. It connects with what we’ve been talking about — the importance of the joy and passion in reading and pushing back against the notion of must-read books. Jacobs also has another book that’s a  little bit more difficult, and it's a little bit harder to track down, called A Theology Of Reading. I think that's a really important book.

Geraldine Brooks is a novelist who writes a lot of historical fiction. She’s written a novel called A People of the Book that is a really good engagement. Similarly, Umberto Eco’s novels, particularly The Name of the Rose, help us examine the source of reading cultures in other times in other places that are really rooted. Both of those novelists help us recognize the individualistic way that we’ve come to read in the 20th and 21st centuries. Maybe things weren’t always that way.