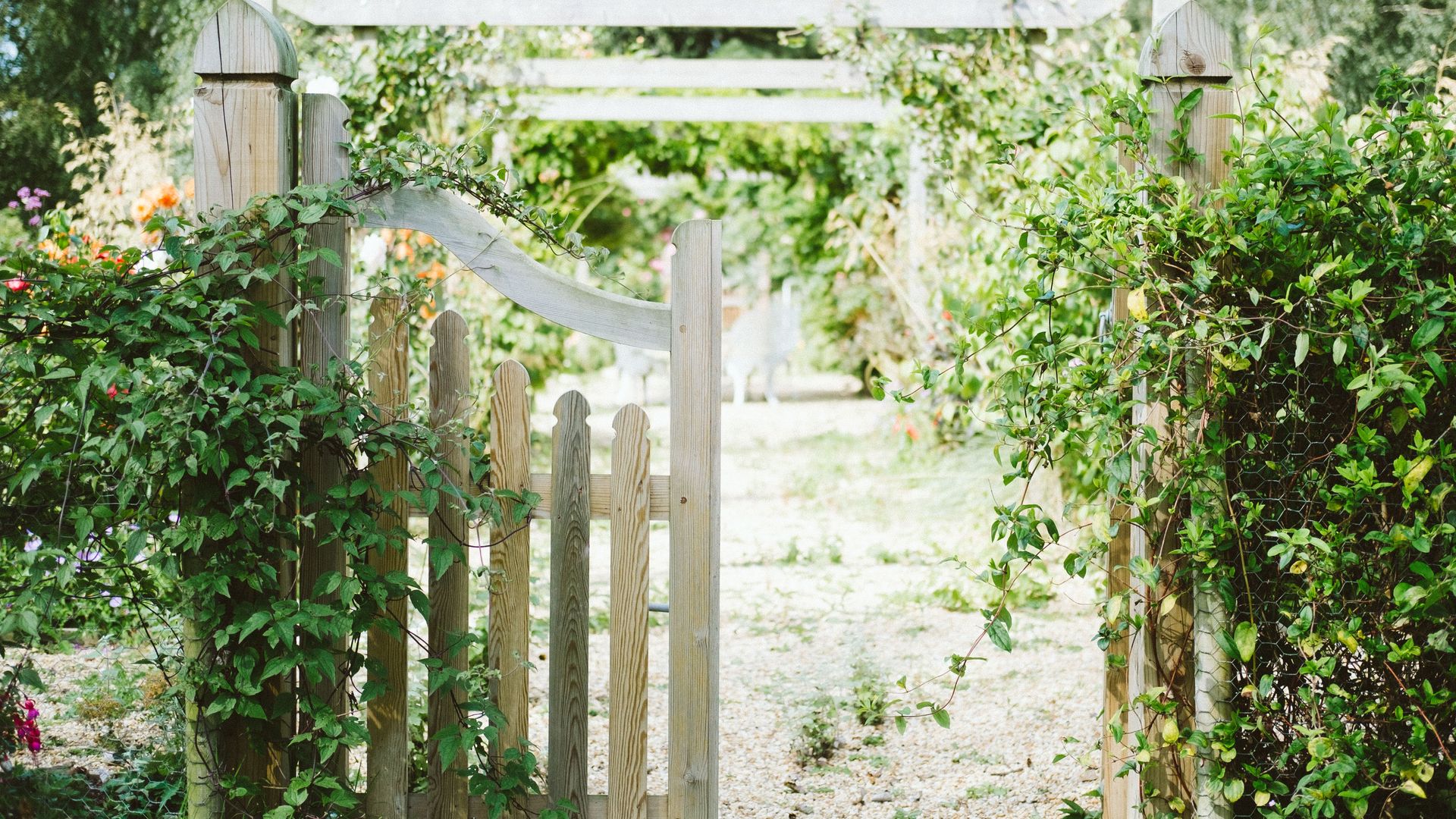 Our society is in crisis.

The threads of our shared life seem to be fraying, but we can’t diagnose the root cause of our distress. We sense the loss of integrity and fidelity, but we’re not certain where to find healing. The past couple of years have been particularly tough on our common life: racial injustice, police brutality, toxic government, politicization of public medicine, and high-profile moral failures involving religious and civic leaders.

Gallup has tracked confidence in American institutions for decades. In its most recent survey, only small business (75 percent), military (72 percent), and medicine (51 percent) receive confidence ratings of greater than 50 percent. The lowest-scoring institutions include congress (13 percent) and various forms of news providers (16-24 percent). Organized religion is middling with a 42 percent rating. The 2021 Edelman Trust Barometer — a global measure in 28 countries —  mirrors our domestic results. Only 41 percent of respondents trust government leaders, 42 percent faith leaders, 45 percent journalists, and 48 percent CEOs.

Ethical breaches, always a part of organizational life, contribute to this unraveling. But as Yuval Levin argues in his recent book, A Time to Build, what’s different is the performative rather than formative platform many of our institutions — and their leaders — pursue. “When the presidency and Congress are just stages for political performance art, when a university becomes a venue for vain virtue signaling, when journalism is indistinguishable from activism—they become harder to trust. They aren’t really asking for our confidence, just for our attention.”‍

Institutions offer a pathway to healing‍

One counterpoint to such showmanship is to cast a vision for healthy, sustained institutional life. Hugh Heclo in his classic book On Thinking Institutionally writes: “Institutions represent inheritances of valued purpose with attendant rules and moral obligations.” Levin defines institutions as “the durable forms of common life … the frameworks and structures of what we do together.”

Institutions embed us relationally and structurally. They offer belonging and recognition, shared purpose, common ideals, and necessary accountabilities — much of what we need today to restore the common good. They also, as Levin argues, represent the best pathways “against the excesses of institutional strength,” providing effective agency “for people who don’t have power or privilege.” Our greatest threat is not that our institutions are too powerful, but too weak in the ways that we need them to be strong.

Healthy institutions not only play a formative role in forging a good society, but in shaping responsible leaders. As Levin observes, when we commit ourselves to productive roles within families, neighborhoods, schools, workplaces, and churches, we begin to take the shape of these important associations in our thinking and ways of relating. This protean effect plays a redeeming influence in our lives, strengthening our identity not only as contributing individuals but also as members of a larger body with accompanying obligations and privileges.‍

To restore strong institutional life, we must move from theory to praxis. Churches can play an integral role by reinforcing both the culture-making and culture-keeping aspects of Genesis 1:28 and 2:15. Being fruitful and increasing in number, filling the earth and subduing it, and working for and in care of the Garden are creative and restorative acts of stewardship.

Andy Crouch in Culture Making is clear about this mandate. Like our original parents — Adam and Eve — we are to be both artists and gardeners.

Both begin with contemplation, paying close attention to what is already there. The gardener looks carefully at the landscape; the existing plants, both flowers and weeds; the way the sun falls on the land. The artist regards her subject, her canvas, her paints with care to discern what she can make with them.

Both the artist and gardener engage in vital work, channeling creativity toward cultural renewal. But there are important differences. According to Crouch, “The gardener tends what has gone before, making the most of what is beautiful and weeding out what is distracting or useless.” By contrast, the artist “starts with a blank canvas or a solid piece of stone and gradually brings something out of it that was never there before.”

Both artist and gardener image their creator. Both contribute to a flourishing society. And both serve one another. They are interdependent. For every deed of culture making, Crouch observes, there are countless deeds of culture keeping. Restorative work enables creative work, and creative work necessitates restorative work. Culture making is cumulative. Our institutions are the endowed structures that allow this diverse ecosystem to thrive.‍

What may be most needed for our cultural commons to heal is a renewed commitment to gardening — weeding, pruning, watering, and enriching the beds of existing institutions. As Levin argues: “Our challenge is less to calm the forces that are pelting our society than to reinforce the structures that hold it together … It calls for approaching broken institutions with a disposition to repair so as to make them better versions of themselves.”

An invitation to restore broken institutions is not a clarion call in most churches. We think we know what to do with broken people but are less confident and more divided on how to heal fractured institutions. When addressing organizational life, we’re often charmed with artistry — novel programs, architectural plans for new buildings, and well-strategized church plants. We turn aside from reviving wisdom and experience in existing structures and avoid the weeding and plowing that could renew organizations. Sadly, many institutions are left withering.

This bias toward the new is characterized by our preoccupation with entrepreneurship. Certainly, fresh ventures propel economic growth and create opportunity, but so does intrapreneurship — introducing new ideas to solve internal issues, rebuilding processes, or updating products and services within existing organizations. Post-It Notes at 3M, Gmail at Google, and the YouVersion Bible App at Life.Church are a few examples of inside invention.

And still, much energy and funding are focused on launching the new. According to the U.S. Census Bureau, business applications have been on a steady rise from April 2011 to April 2021, representing a 136 percent increase in monthly applications — even though 50 percent of new business ventures fail within five years of launch as reported by the U.S. Small Business Administration’s Office of Advocacy. Moreover, based on a report from LifeWay Research, during 2019 approximately 3,000 Protestant churches in the U.S. were started but 4,500 closed for a net loss of 1,500 local churches.

While applauding the risk required to start new enterprises, what possibilities could emerge if equal energies were invested toward rebuilding our ailing institutions? Might our common life be better assisted if we attended to our existing institutional substrata?‍

Finally, in our quest to restore a shared vision for the common good, we’d be well served to select and promote leaders who uphold the formative rather than the performative role of organizational life. In a wide variety of start-ups, the temptations to “start with splash” or “start and flip” are strong. Too many initiatives are known more for their flair than their staying power. And too many organizations — start-ups and existing entities alike — are characterized more as platforms for self-promotion than vehicles for service and healing.

The woman of noble character in Proverbs 31 is illustrative of Level 5, elite leadership made familiar by Jim Collins in his landmark book, Good to Great — empirical research documenting the sustained organizational success resulting from leaders who demonstrate humility, generosity, and grit in service to the goals of the organization rather than themselves. As the Theology of Work Project asserts in its commentary on Proverbs 31:10-31, it’s highly instructive that the book ends with “a poem praising a woman who is the wise manager of diverse enterprises ranging from weaving to wine making to trade in the market.” Translators of 31:10 draw on words like virtuous (KJV; NKJV), excellent (NASB; ESV), capable (NRSV), and of noble character (NIV) to describe her. It’s this quiet strength and valiancy — a common courage, and simple sacrifice — that is urgently needed for societal healing. With more leaders like the noble woman, our institutional ecology can again sprout, bloom, and flourish.