Pursuing flourishing for all requires an understanding of dignity and God's design for life.

In 1958, Martin Luther King, Jr. made the following statement about the Civil Rights Movement:

From the beginning a basic philosophy guided the movement. This guiding principle has since been referred to variously as nonviolent resistance, non-cooperation, and passive resistance. But in the first days of the protest none of these expressions was mentioned: the phrase most often heard was “Christian love.” It was the Sermon on the Mount, rather than a doctrine of passive resistance, that initially inspired the Negroes of Montgomery to dignified social action. It was Jesus of Nazareth that stirred the Negroes to protest with the creative weapon of love.

We do a great job of calling uneasy coexistence “peace.” And every time the horrors of racial unrest and outrage show up in our society we want to delude ourselves into believing that it’s an aberration — that it’s somehow not reflective of the deep-seated corruption that not only resides in the fabric of the nation, but also resides in the fabric of our own hearts. We want to delude ourselves into believing that the racial caste system deeply embedded in the founding of this country no longer has any impact on ordinary American life, or in American churches. In his doctoral dissertation, “AN EXPERIMENT IN LOVE: Martin Luther King and the Re-imagining of American Democracy,” Greg Thompson writes,

My basic question is this: How can people with deep differences live together in peace? By “peace” I do not mean the mere cessation of war, nor the attainment of uneasy coexistence, but something along the lines of the Hebrew Bible’s concept of shalom, which I take to mean, “justice, wholeness, flourishing, and joy.” …What sort of social imagination and what sort of social ethic will be required of us if we, in the midst of differences of every conceivable kind, are to live together in a way that nurtures the experience of shalom?

You see, one of the things that makes life in this world so messy is the fact that we cannot attain or manufacture a permanent state of shalom. Over and over again, the most permanent reality seems to be the deep differences that engender hatred, violence, and vitriol instead of justice, wholeness, flourishing, and joy. How are we to respond? Part of the answer is found in the commandment, “You shall not murder.” It’s just a few words, but there is an almost immeasurable depth to their implications. In the sixth commandment, we find God removing the illusion of control over life and death. This commandment has an A side and a B side. It says on the A side that life and death are God’s business. He is the author of life. He is the Lord of life. We don’t get to take human life without his authorization. On the B side, it says his people therefore, are to pursue the things that help the flourishing of people. The question is how do we live as those who are called to promote life in a world permeated with death? We need to grasp the immense value of human life by understanding how seriously God takes sin that leads to the loss of life.

Prevention of harm to human life

The sixth commandment is necessary because human life has immeasurable value, but when sin entered the picture the result was death. And not simply our growing old and dying, but the killing of one another. After Adam and Eve sin and death enters the picture in Genesis 3, what is the very next sin we see humanity committing? It’s murder. It’s Cain killing his brother Abel. What came with sin is our propensity for the diminishing or the taking of the lives of other people. This commandment is necessary to foster the prevention of unlawful taking of human life because human beings bear God’s image. The problem is that we are constantly being tempted to diminish and devalue the lives of other people. It’s more than a temptation. This is compounded when the actions are taken by people in positions of authority with a duty to protect. The Lord had to establish this commandment to prevent the unlawful taking or diminishing of human life. This is about prevention.

Promotion of and preserving life

It follows that an aspect of preventing the loss of human life is the preservation of life. We’re not just told to abstain from murder. It’s also necessary to be careful to preserve human life. God actually calls us to pay attention to and guard against the ways that human life is threatened in this world (Num 35:10-13; Deut 5; 19; Jos 20, 21). We are called to ask, “What are the life-threatening elements in this situation,” and work to correct those elements. Jesus lets us know that this is an aspect of how people in his kingdom live. He reminds us in the Sermon on the Mount when he says, “You have heard that it was said to those of old, ‘You shall not murder; and whoever murders will be liable to judgment.’ But I say to you that everyone who is angry with his brother will be liable to judgment; whoever insults his brother will be liable to the council; and whoever says, ‘You fool!’ will be liable to the hell of fire.”

Jesus is dealing with the heart. All of these things come out of our hearts, anger and hatred, verbal abuse and insults. In the eyes of Jesus, you can’t hold alt-right views and be alright with him. Jesus says, viewing others in that way is murder. You don’t even have to have lifted a finger against someone. Part of loving your neighbor well in the context of the sixth commandment is to do what we can to preserve our neighbors’ lives. You can’t do that when your heart is full of anger, bitterness, hatred, and insults toward your neighbor. There’s no room for love. What does Jesus say about how we work toward the preservation of life? He says, “Be reconciled. Come to terms quickly” (Matt 5:24).

One of the ways that we help preserve life is by seeking reconciliation. The commandment calls for the prevention of the loss of life and the preservation of life in a way that enables people to flourish. This has all kinds of implications for the things we care about. Yes, it speaks to the issue of abortion. But it also speaks to healthcare, and matters related to the environment. It speaks to the issue of crime and punishment. And, yes, it speaks to the issue of racism. It speaks to the issue of systemic injustice. If we really want to work through those issues, we must delve deeply into this commandment and how it plays out in Scripture. This grasp of God’s heart for the flourishing of our neighbors presses against our tendency to form opinions that conform to a particular political or cultural narrative. Do the hard work of understanding what it means for Jesus to call his people not only to live, but to help others live. I invite us to expand, as Thompson asks, our social imagination and social ethic in order to promote the thriving of life in a world permeated by death. 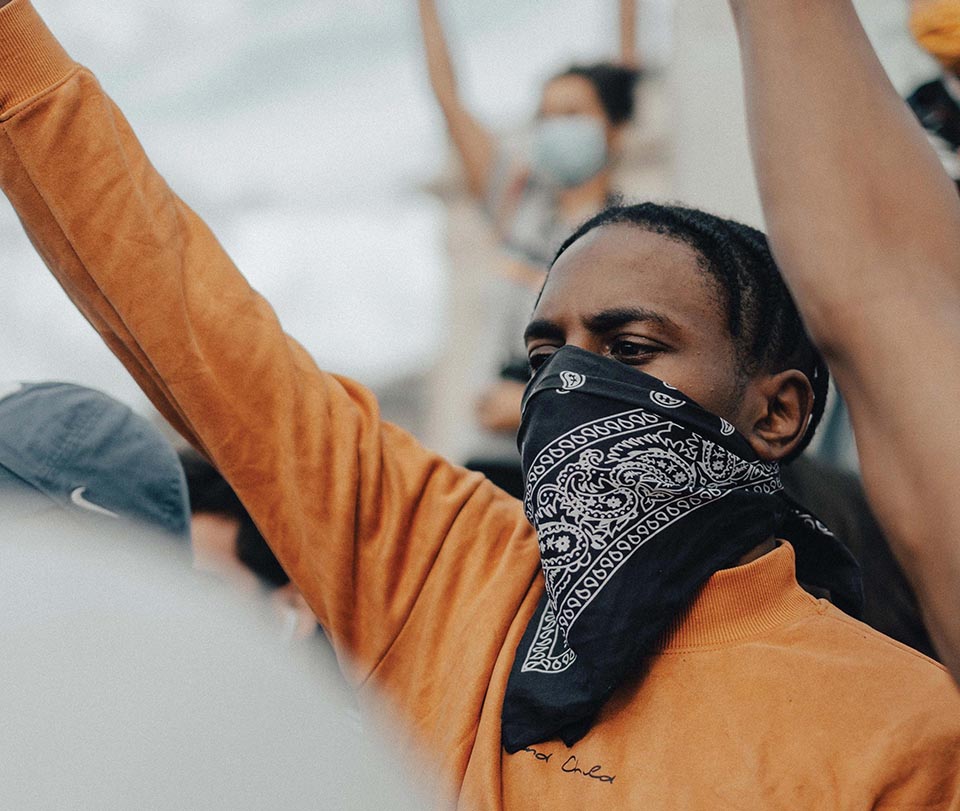