Is It Time to *Stop* Talking About Poverty Alleviation?

If you ask Helen Young Hayes, there’s a better way to help the economically vulnerable. And it’s worth leaving Wall Street.

Jesus calls his people to care for the poor. Wall Street veteran Helen Young Hayes thinks we might be doing it wrong. 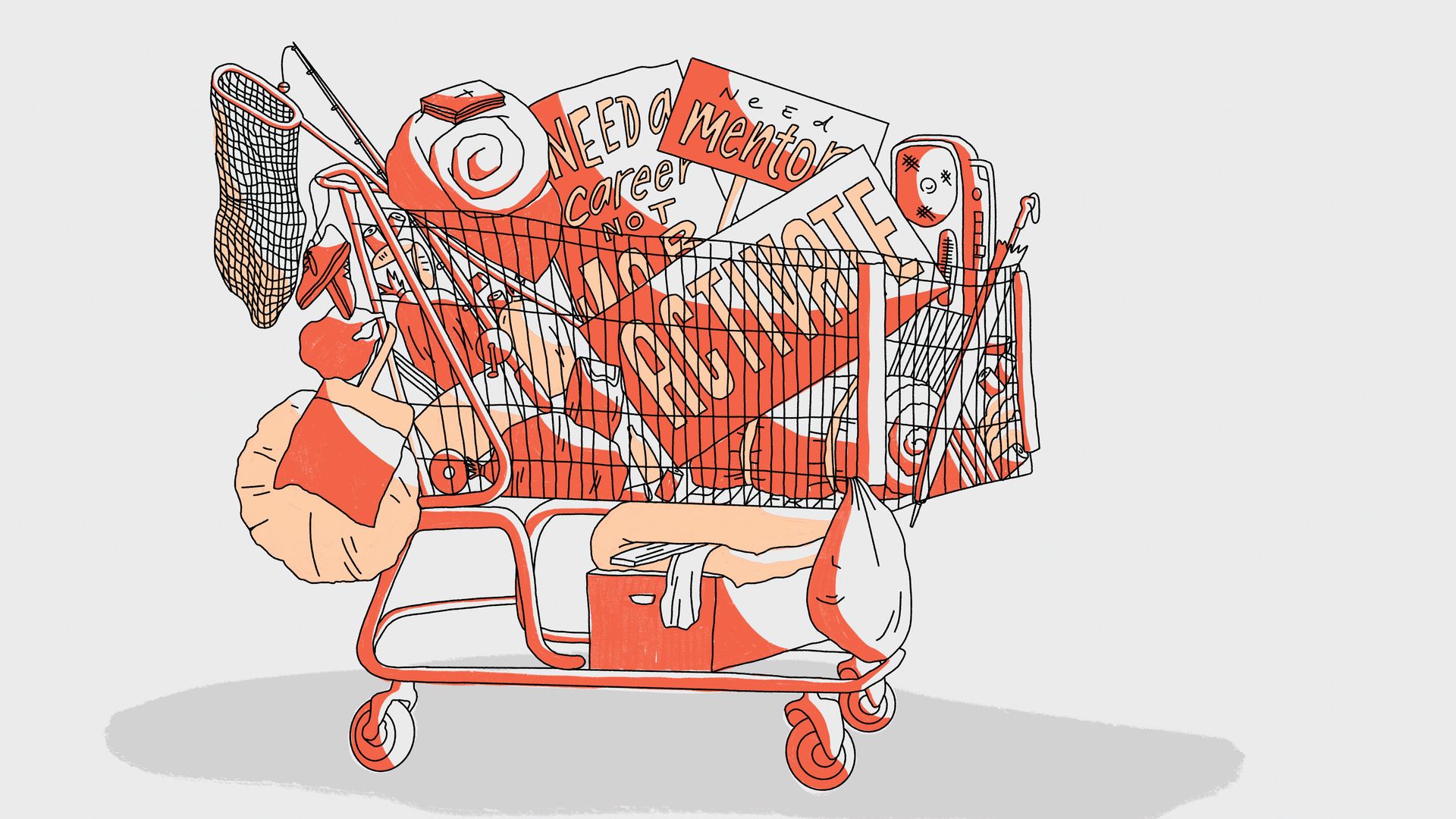 You left a successful career on Wall Street. Why start something new?

I retired from Wall Street because I had achieved more than I had ever dreamed I would or could achieve. I also wanted to spend more time with my five kids, who were all under the age of 10 at the time. The reason, though, that I came out of retirement is that starting Activate fed a long-held hunger in myself to help people in poverty.

Before I launched, I began asking my friends who have served the poor for decades about their work. I started noticing a creeping hopelessness and resignation that the poor will not only always be with us, but that perhaps the poor will simply stay poor. Maybe it’s the Chinese immigrant in me, but I reject the notion that poverty is a life sentence. And then when I began to reflect on it and ask my friends and relatives, “What’s going on here?” they all pointed to the same thing: a lack of access to jobs.

I began to long for a way to not only help people in poverty, but to help people out of poverty, and to have that as my ambition (rather than serving the same people over and over again). So that is why I founded Activate, because I started to question the paradigm of mercy ministry and wondered, “Why should we stop at food drives and clothing drives and temporary shelters for people experiencing poverty? Why don’t we get at the root cause and move people out of needing these services?”

Activate is a people-centered recruitment and professional coaching organization. Our mission is to “activate” individuals into their fullest, God-given potential through the dignity of work. We believe work is fundamentally dignifying and is also how we co-create with God to build his kingdom here on earth. But due to various structures and systems and processes, many people fall short of being able to attain that ideal relationship with work. The result of that is poverty, and we believe poverty is not only poverty of finances but also a lack of flourishing and creating value. So we created Activate to bring all that together with the lofty goal of not simply helping people in poverty, but helping people out of poverty. We place individuals who long for a better future into careers, not jobs, and we coach them with life and professional skills necessary for long-term success.

Why form a for-profit company to fight poverty?

We’re not just a for-profit, we are actually what is called a public benefit corporation, a social enterprise. We’re a corporation that exists for the public good. And we are 100 percent missional. We only serve low-income individuals. I didn’t want to create a nonprofit and simply rely upon charity and donations of people and foundations. I wanted a self-sustaining model that could stand on its own merit in the marketplace.

Why do you think Christians typically attempt poverty alleviation through charity-type efforts?

The church has gotten accustomed to providing basic needs: food, clothing, and shelter. And that’s been the model in the church. It’s ministry that is episodic in nature. It’s very important work, but walking alongside someone and helping them move out of poverty toward a transformed life is much harder, and we don’t always know how to do it. The other work is quicker: You can dive in and out of someone’s life, and it doesn’t require as much of an ongoing, sacrificial relationship.

There may also be a lack of belief that you can actually move people out of poverty. I have a really optimistic, hopeful view of people, but change takes time, and we’re often impatient for quick results. I think that is one of the other reasons why the church hasn’t really evolved. But also, I think that there is a separation in the church between the sacred and the secular. We have the balance sheet of our life that’s all about our spiritual resources, and that’s where we put church and ministry activities. And then we’ve got our financial ledger, where we go about the business of making and investing and spending our money.

Let’s bring it all together, put it on the altar and say, “Here it is. These are all my balance sheets, all my ledgers together. Let’s use them all for the kingdom.” This divide between what’s viewed as sacred and what’s viewed as secular might be why there isn’t the obvious connection between, “I’m a manager, and I’m hiring 10 people next year,” and “Could I intentionally hire someone who would really benefit from this life-giving job? And then could I commit to helping them succeed by mentoring, challenging, and equipping them?” Once you see the potential, the sacred and the secular can become commingled for greater love and impact.

Maybe a pastor reads this and thinks, Okay, but how can my church tangibly move forward with dignity transformation and wealth creation? What would you say?

The first is really a desire to spark transformation and not to be satisfied with anything less. Starting Activate has been hard. It’s been twice as expensive, three times as long and infinitely harder than I anticipated. This has not come at no cost, it’s come at great cost, and it’s been worth it. So, I think that’s where we start. We don’t throw our hands up, we don’t give up and we don’t do things in small measures. I think it begins and ends with the heart issue. I actually would love to see the church become more known as a place of welcome and opportunity for low-income people. In my opinion, poverty programs should be equipped with coaching, mentoring, counseling where needed, and actual work experience. I would love to see a movement of what I’ll call “foster employers,” where business owners and managers say, “I will train someone for six to 12 months and teach them the rhythms and the habits of how to work. I’ll work hand-in-hand with a local nonprofit or ministry for much-needed additional support for me and my employee. I’m going to teach them everything I can and then equip and assist them to move on to a better job.” And I’d love to see a movement of permanent employers, much like the “forever” families who adopt kids from the foster system, who have career-path, self-sufficiency jobs. Employers that train and develop individuals to constantly grow, learn, and earn more.

‍
If I were a pastor, I would call for business owners, managers, and supervisors, to commit to journeying with individuals through intentional hiring practices, and teaching and equipping their employees how to become successful. It could be like a Big Brother, Big Sister commitment, where you commit to a year with a person. I believe we could succeed in poverty relief and poverty alleviation in a way that is not happening on a global or national level. We can do it as a church! What if we became the solution that everyone is looking for? I feel like we need some catalyzing leadership. These movements are accomplished arm-in-arm, sharing best practices, sharing resources. We learn from our mistakes, we pick ourselves up when we fall, and we move forward. There’s good to be done in this world. We do it while we have breath in our body. 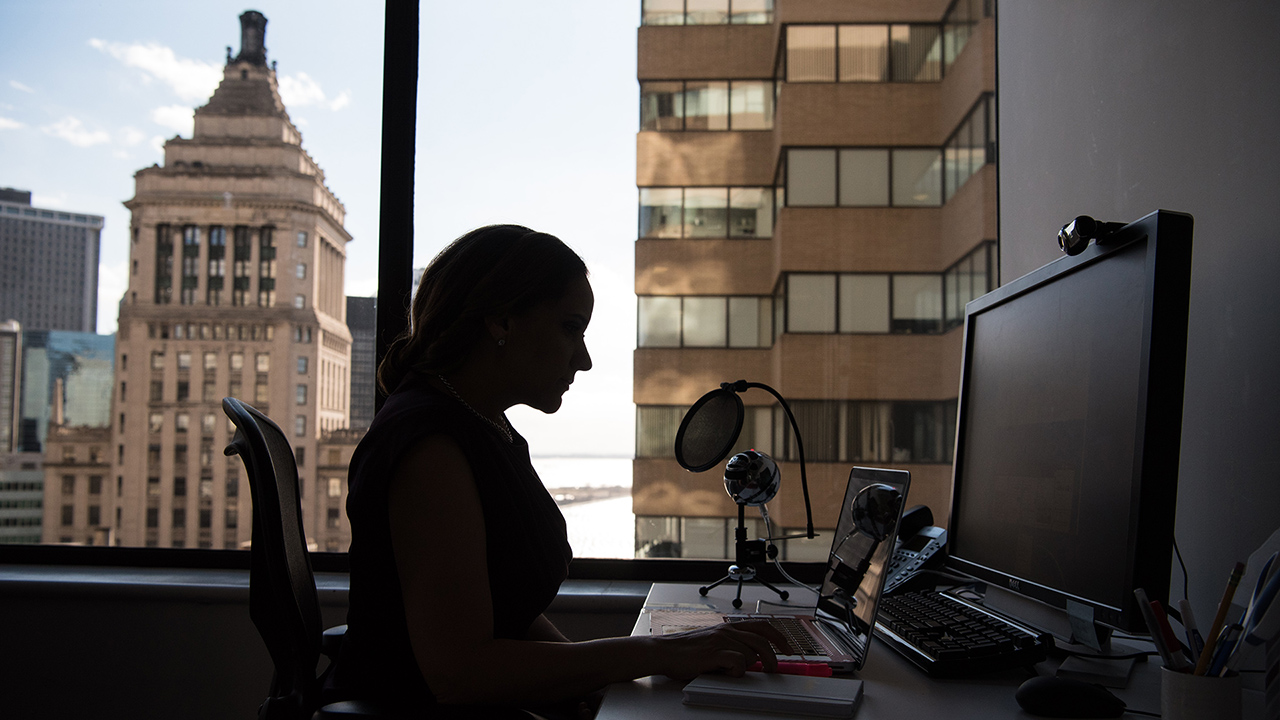