According to this personal organizer, yes, more than you think. 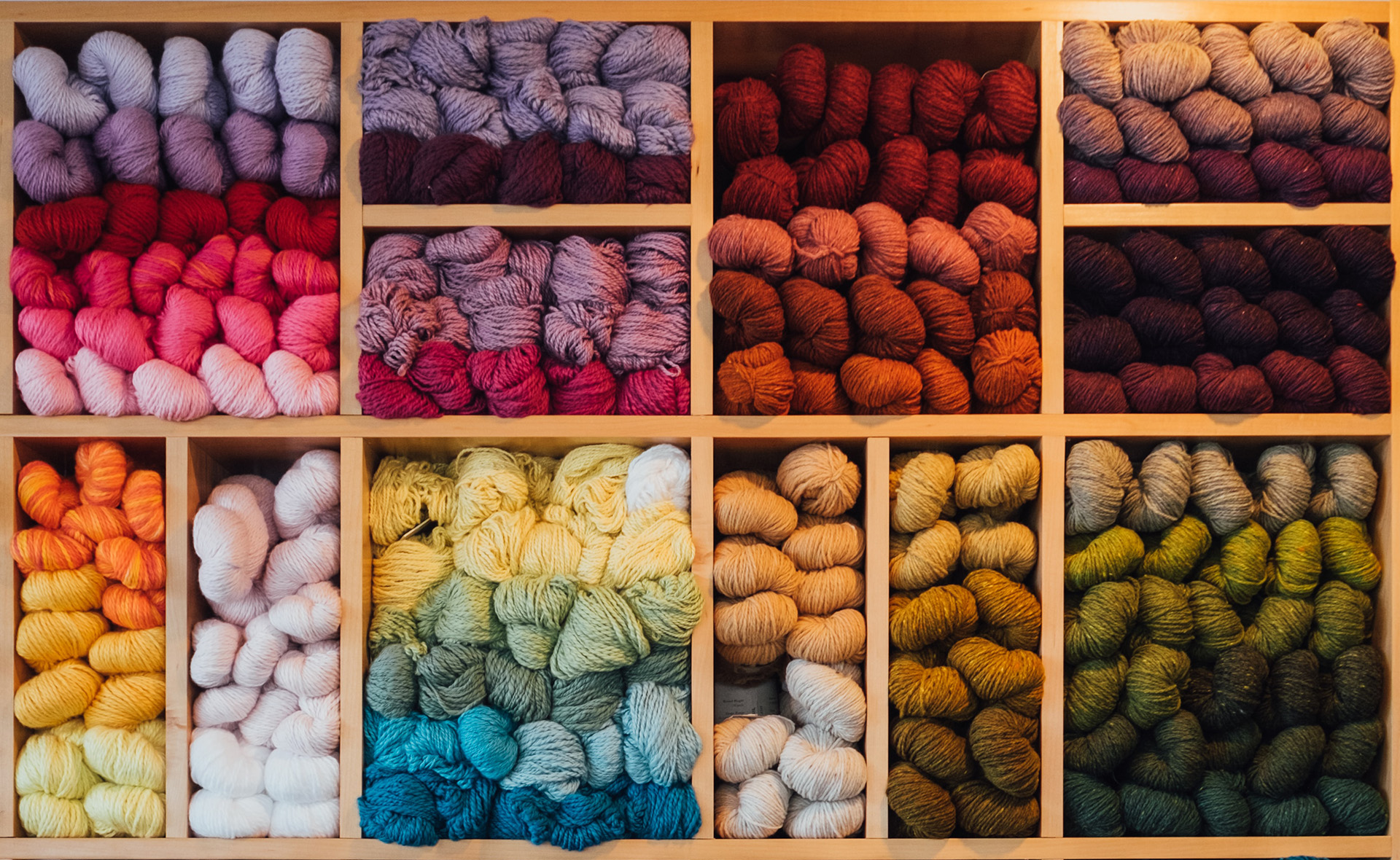 The evidence of a job well done often lies somewhere between the lines of your to-do list, not in a neat check in the box.

As a personal organizer, Kate Barlowe’s job is to go into people’s homes and restore order where there is clutter and chaos. As a fairly unorganized person myself, it’s not hard for me to gawk and awe that some people have the ability to do this for a living. What impressed me more than her ability to find the meaning in the mess was the evident love she had for her work.

Barlowe’s eyes lit up as she told me about cluttered homes finding peace and about complete overhauls of chaos. She delights in helping people care for their stuff (and their stories) by the nature of her job. And that, she says, might just be the best part. She might technically be hired to clean up, but her greatest role was apparent in her voice: Her job is to care.

Organizing isn’t something Barlowe saw herself doing, and in fact, she still longs for a day when she can do missions overseas, sharing the love of God to those who may not know him yet. She’s preparing for such a day, currently immersed in learning Arabic and serving refugees in her community. But right now, Barlowe works as a personal organizer. Though she isn’t overseas, her work now isn’t any less important to God. In fact, the two roles are more connected than she first expected.

I talked with Barlowe last week about how she sees her faith and work come together as a personal organizer.

Paige Wiley: Can you tell me a little bit about your job as a personal organizer?

Kate Barlowe: We go into people’s homes and help them organize whatever they need, be it a garage, a closet, their calendars. Pretty much anything. If your moving boxes arrive at your house, we set up your home for you. Any part of your life that can be organized, we can take care of.

I started in Arkansas, when I was actually in a completely different field. I was a chocolatier. My friend Clare started organizing full time, and she got me a couple of jobs on the weekends and evenings when I was working at the chocolate shop. I absolutely loved it.

The company we work with was founded and is run by Amber Taggard, and she’s a phenomenal woman in every aspect. She has two master’s degrees, I believe, in counseling and psychology. She takes the counseling side of things very seriously, which was an unexpected piece of the work. People don’t ask us to organize and expect us to use counseling with them, but it automatically happens every time.

PW: When you say you bring counseling into the job, what does that mean?

KB: People are very attached to items. We attribute feelings and tie memories to physical objects, kind of like how smell is very powerful in evoking memory. We help people by just being an objective observer; we don’t have ties to their items, and we don’t know the stories like they do. So we can ask them, “Does it bring value to your life anymore?” and help them process goodbyes.

Letting go — that’s the psychology bit of it. Sometimes we do help clients through those memories. They need to tell those stories and have someone hear them, then they can move on. We provide the listening ear.

And it’s not harsh, but we are very firm in saying, “Okay, we need to let this go. It’s hindering your life you want” in big and small ways. Studies show when you see a picture of a messy room, your cortisol levels spike. And women are affected more often by a disordered household. Those cortisol levels spike higher in women. Taking care of the clutter really does wonders to your mental health. You can operate at way higher levels than you could before — emotionally, mentally, even physically.

PW: Are there stories of situations like that that come to mind?

KB: One was when I first started working with the company full-time back in Arkansas. The company had worked with this client before, and we had a big team. I think we had 10 or 11 ladies working to organize her house. This client was going through a very messy divorce. She was a professor, and she had multiple doctorates — this woman was insanely intelligent. But every time we went over to her house, it was really tragic to see how this divorce was messing with her. She had two young children, and her husband, who she was separating from, had basically abandoned them all. It doesn’t matter how much wealth and knowledge you have, you are not prepared to deal with that. A horrible, horrible situation makes you second guess everything: your identity, your worth, your life trajectory.

This project was massive, but there were some really beautiful moments when she would come home from work and we had put in an extra load of laundry for her because we knew she wasn’t going to be able to do it. That’s not necessarily part of our job descriptions, but she would cry almost every time because we would clear a new spot in her home or care for her in a small way. The effects were so tangible.

One of the times she was home with us, she found us trying to figure out where to put some antique items and how to keep them safe, and she told us their story. Apparently, it was her grandfather’s military uniform from World War II, and a bayonet from a German soldier that had tried to kill her grandpa when he was behind enemy lines. Her eyes just lit up telling this family history. It was so cool.

PW: I know you have a heart for refugees and overseas missions. Tell me more about that.

KB: For as long as I can remember, I’ve adored learning about and experiencing other cultures. I did grow up with missionary parents, so I was surrounded by that from a very young age. They would come home with stories of their travels. Even though our family was U.S. based, they traveled overseas a lot. They would bring over missionary friends from Sri Lanka or Morocco, and we’d have dinner with them. I was immersed in that world growing up.

It became clear to me that I wanted to work with refugees because they are such a vulnerable population, being removed from their homes in such a traumatizing way, forced to be in a place where they don’t know anyone around them. I thought, “If it’s in my power to help, in any way, God, show me what it is.”

I was able, after college, to do some work resettling refugees in Dallas, which is a major hub for refugees coming into the United States. And I come into this humbly because I don’t know their language. I’m just coming into their world with my hands wide open and saying, “I want to love y’all, and that’s all I have to offer.”

PW: It’s not lost on me that the idea of personal organization and the displacement of refugees has a common theme of place and home. Do you see an overlap in that work?

KB: Definitely. I hear a lot of, “Home isn’t a place; it’s the people you’re with,” but it is also the place that you’re in. We need to make those spaces home. For instance, most of the refugees I work with are from the Middle East, so bringing in the traditional cushions on the floor and cups they can have their tea in means almost more to them because it’s a place where their family can come together like they used to.

PW: One thing I like to ask those who aren’t in a vocational ministry role is, What is something you wish your pastor knew about your job?

KB: It’s not just overtly spiritual parts of life that the church should be involved in. I think our ministries should extend to the holistic health of the community we’re in. That definitely includes organization. If you’re more organized, you’re equipped to help other people better. You can pour out more deeply into other people when that is taken care of, when that is off your plate.

KB: One of my favorite parts of this job is getting to walk with people through a few moments in their world. It is so thrilling being privy to people’s passions, and seeing them in action, hearing their family histories, watching the tangible transformation right before my eyes. That’s one of my favorite parts of this job. Whenever the clients come in and see their space, it is so thrilling. Their excitement gives us a sigh of relief every time, as the tension in their shoulders is gone. 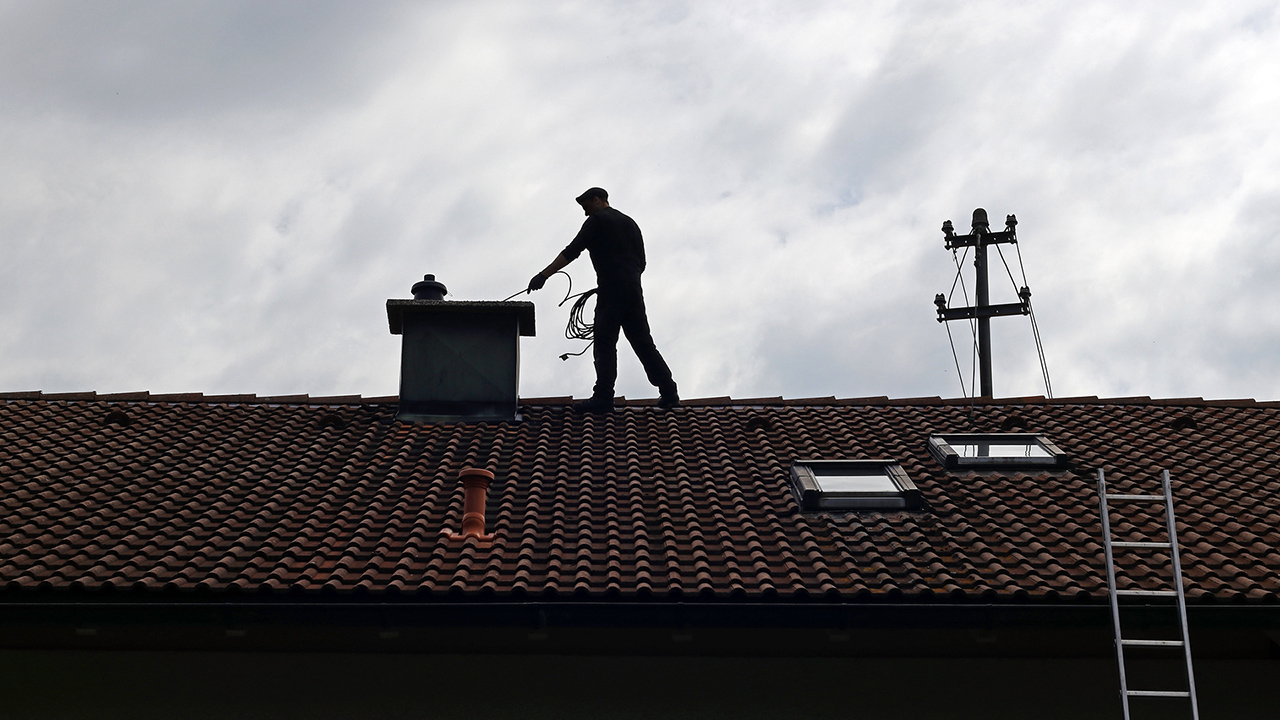