Can We Talk About the Whole ‘Christian Art’ Thing?

Reclaiming the art of the faithful. 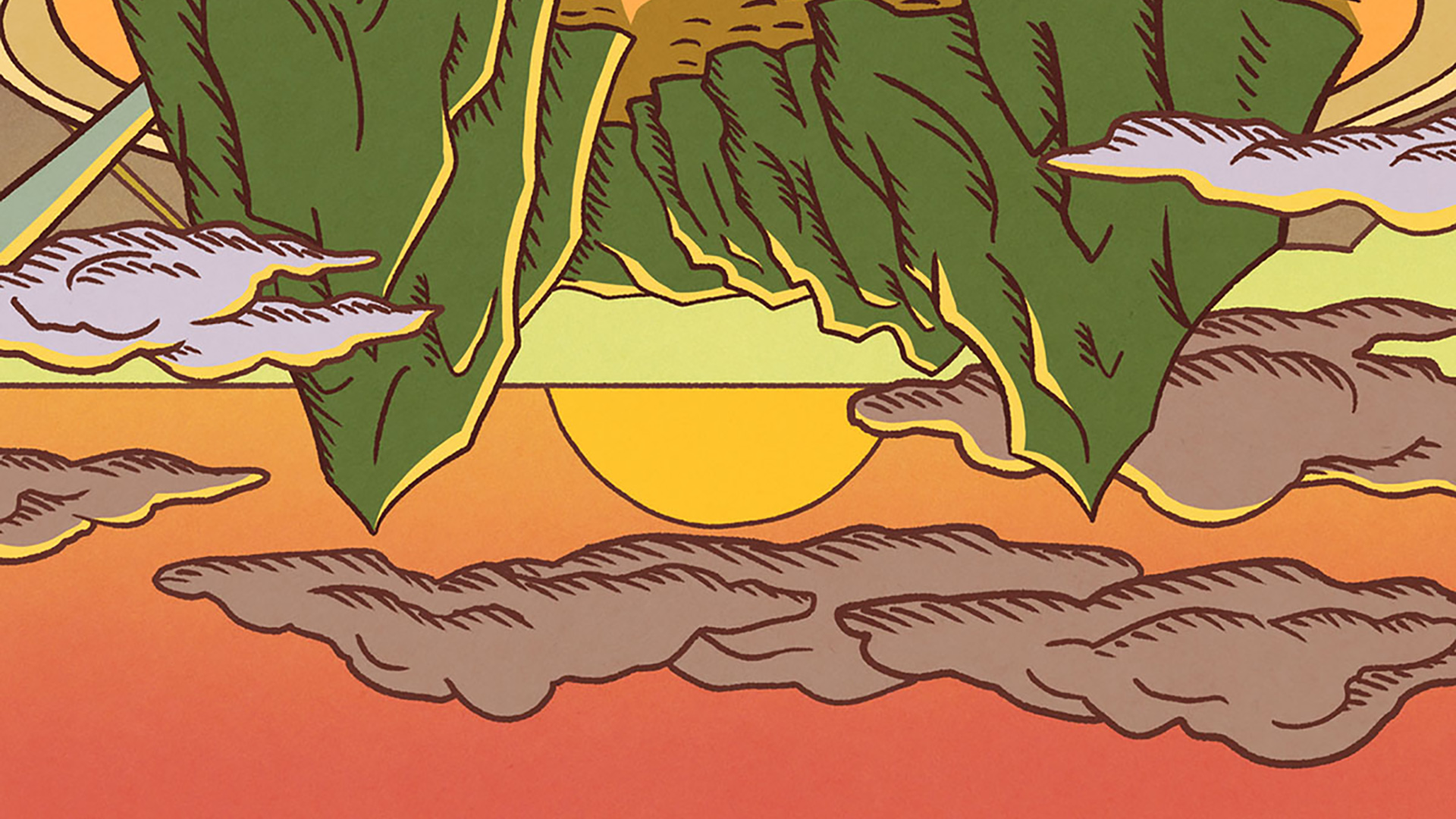 I grew up in church in the ’90s, and like many of my peers, I was subjected to the Christian art and music that was popular in the era. I think you know what I'm talking about: art, books, and music riddled with cliches, overly pedantic, and lacking about as much subtlety as a toddler covered in chocolate trying to convince his parents that gnomes were to blame.

Naturally, when I grew up and took up writing, I wanted my art to have nothing to do with my Christianity, my thoughts being that if I tried to turn my faith into art, I would be guilty of producing the same nonsense that lined the shelves of my parent’s basement. I know I’m not alone. A whole generation of artists and creatives has responded negatively to this piece of their upbringing, balking at the doctrinaire aesthetic (pasted over an attempted imitation of a popular genre) that turned the concept of art into nothing more than gilded tracts to be distributed at Halloween.

But our rebellion as we grew older was less about aesthetics and more about the purpose of art. According to the Christianity of the ’80s and ’90s, a product of bare-walled Puritanism and 20th-century capitalism, art was simply another tool in the evangelist’s tool kit — another means by which they were able to disseminate their message. Art was a vehicle, one akin to a sermon. It was valuable only if it could be appropriately used as an evangelistic tool.

Christian art in this era seemed to be primarily utilitarian. Like an advertisement or a road sign, its beauty was subject to its functionality. With beauty subordinated in this way, good art — or art with aesthetic value — was dismissed in favor of pragmatic art that clearly articulated doctrine and easily outlined the gospel message.

This phenomenon made many artists leery of associating their art with their faith. The label of “Christian artist” was deemed a slur in the eyes of many, and many Christian artists preferred to call themselves artists first and Christians second. But this unnatural split left many of us in a bind. As creators, what was the value of our faith if it had no place in our art?

The answer is not as complicated as it seemed in the ’90s: In reality, if our faith is true, there is space for the intersection of art and orthodoxy. What is true must also be beautiful.

I began to dig into writers like J.R.R. Tolkien, Walker Percy, and Flannery O’Connor, and poets like Dante, T.S. Elliot, George Herbert, and Gerard Manley Hopkins. Here I found Christians who could write beautifully and profoundly without sermonizing, whose works were utterly steeped in the traditions of the church and the themes of Scripture while simultaneously speaking to the modern person. Here were the men and women who had bridged the gap between believer and artist, who were themselves both bards and prophets, and at the same time keepers of sacred tradition while maintaining their status as artistic innovators.

These writers and poets are models for artists who no longer want to live torn at the seams. Their lives and their work have inspired many to spurn both the soulless art of the quasi-spiritual and the hyper-realism of post-modernity; they see God as the font of all that is beautiful and the end to which all art truly points. These artists are not afraid to be Christian artists. They see their call as a holy vocation and endeavor to bind together the good and the beautiful, dressing the Word in everyday speech and painter’s oils to be heard and seen by everyday people. In doing so, they reclaim art for the faithful and proclaim the gospel afresh by embracing the grand mystery of God. The question now is how? How do we become these integrated artists, and how do we go about creating an orthodox aesthetic that is both vibrant and profound?

It’s fitting to note that the aforementioned artists are almost all Catholic or high-church Anglican writers. Both of these traditions are centered around the sacraments and, more specifically, the holy Eucharist, which sees the body of Christ as physically present in the bread and wine of the Lord's Supper. Because of this, they possess what theologians call a sacramental vision of the world. The sacraments become a way to see the world — God in the everyday, as Gerard Manley Hopkins writes, creation “charged with the grandeur of God.”

For an author or artist, the job is to perceive Christ hidden within the mundane and behind the face of the stranger — and to make Christ visible. O’Connor argues:

[The] Christian novelist … believes that the natural world contains the supernatural. … The novelist is required to open his eyes on the world around him and look. If what he sees is not highly edifying, he is still required to look. Then he is required to reproduce, with words, what he sees.

In O’Connor’s view, orthodoxy expands the artist’s vision; it does not limit it. The Christian faith allows the Christian artist to see the world as it truly is, bound up and infused with the life and activity of God. As such, “the Christian poet, and storyteller as well, is like the blind man whom Christ touched,” and the artistic task itself is “an invitation to deeper and stranger visions.”

Art serves as the gospel in disguise, converting the imagination in preparation for the arrival of Christ in the hearts of its readers and viewers. By avoiding the obvious and the trite, true Christian art avoids sermonizing. Rather than preaching, it witnesses, hiding the gospel in the grotesque and fanciful. Christ lingers beneath the surface, and there is no need to resort to the pedantic or the preachy. By drawing readers into “the secondary world” of aesthetic experience, it prepares them to re-emerge re-enchanted. Or, as G.K. Chesterton argues:

Fairy tales say that apples were golden only to refresh the forgotten moment when we found that they were green. They make rivers run with wine only to make us remember, for one wild moment, that they run with water.

Like the incarnation, the gospel doesn't override the world of the story but is present within the story “without confusion, without change, without division, without separation; the distinction … being in no way annulled by the union.”

By embracing a proper understanding of orthodoxy, the artist does away with those neat doctrinaire formulations. For at its heart, Christian orthodoxy is a commitment to mystery. What we know about God in the creeds is not a wall keeping us in but a gateway leading us out beyond the borders of what we know and into the depths of God's divine life. The art must flow from the center of this mystery. Only then can the artist be free from the temptation of the apparent and the delusion of cynicism.

Mystery frees the artist to question, critique, and reimagine the object of their faith without having to push faith to the side or make it the sole subject of their work. The faith-based “art” we've come to loathe is bereft of all mystery. It cannot tolerate questions and refuses to engage the doubter. Art that emerges from the womb of mystery trusts in the power of the eternal Word to speak even when it seems silent, especially when it seems silent. Orthodoxy does not detract from the artist, but prepares the artist for the deep well that is transcendent. It quells the fear that drives men to defend God. It reminds them that God needs no defense and that providence is always at work, in a sketch, in a song, and in the written word.

We need not divide ourselves. There is a way to be both a Christian and an artist, and dare I say, even a Christian artist. By cultivating a sacramental vision, we perceive God in the mundane. We are equipped to write stories about blind preachers, elf-friends, and lordly lions, confident that God dwells within them as well, hidden beneath the surface and all the more potent for it. In orthodox faith, we learn to enter boldly into the mystery of God — and from there sing those songs that draw men deeper into his grand expanse.

We need not settle for art that sidelines beauty. There is a way forward, and it's found in bread, wine, body, and blood, just under our nose, beckoning us to pick up our pens and write.