Andrew Peterson Is on the Case

The singer-songwriter, YA novelist, and Nashville kingmaker eyes the deepest — let’s say, most mysterious — parts of the Christian faith and where it touches creativity, calling, and his 20-year career.

On 'Adorning the Dark' and the mysteries of creating. 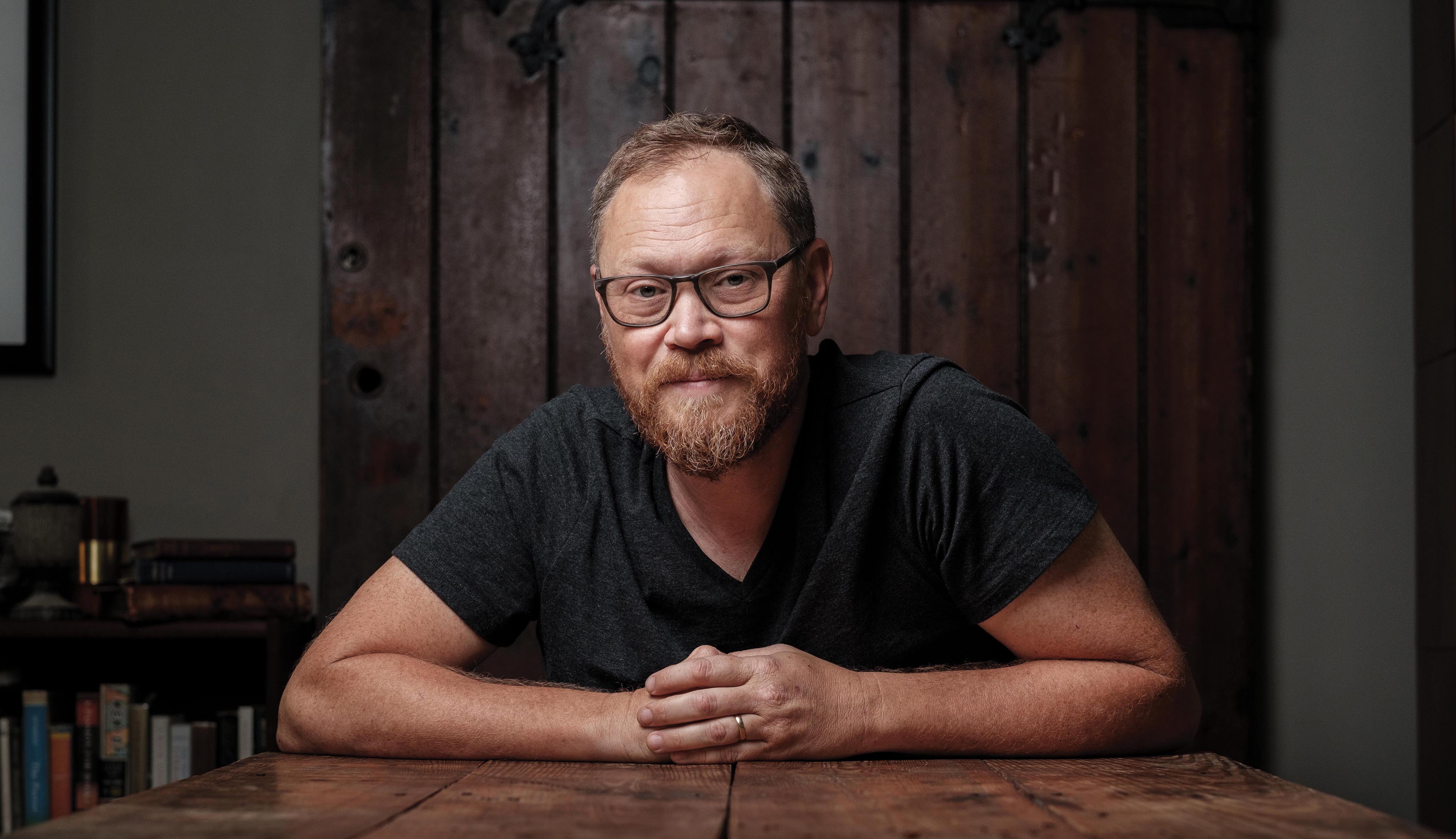 His early career was fraught with uncertainties, failures, and dreams of what he hoped was possible. But with no guarantees of success.

After 20-plus years of music making and book writing, Andrew Peterson’s creative reach is expansive. He has released 16 albums, including the annually toured, episodic Christmas album Behold the Lamb of God. He is the author of a series of young adult fantasy novels: the four-volume Wingfeather Saga, which are being adapted for TV. He is the founder of a Inklingsesque creative community called The Rabbit Room; it’s a collective of writers, painters, musicians, and more who “convene” both online and at an annual conference to explore what it means to make art within a Christian framework — not Christian-themed art, per se, but art by people who are Christian.

Peterson released a new book this year, a nonfiction reflection called Adorning the Dark: Thoughts on Community, Calling, and the Mystery of Making. In it, he explores creativity and the human — at least his — journey to locate meaning in that creativity. It’s a mystery in his thinking, both the journey and the destination — not an unknown kind of mystery, but something like the mysterious satisfaction you get from completing a project, from building something new, or even giving yourself to ordinary tasks. Adorning the Dark chases that mystery.

What he lays out is a theological trampoline, an extended encouragement to see God’s own creative work as an impetus for  making beautiful things — be it a painting, a meal, or an organizational system for your closet. The book is about creativity, but it’s not only for self-professed “creatives.” In the Peterson vision, you’re a creator whether you’re an artist, a stay-at-home parent, an executive, or student. And that’s important, he says, because that’s where you enter the mystery he’s talking about.

Peterson and I talked shortly after Adorning the Dark came out. Here, in part, is what he said.

Be humble and realize there is a real mystery at work.

“We’re ideally partnering with the Holy Spirit in the creative process. That means that we have to hold loosely to what our agendas are. The mystery is this idea that if we are created in God’s image, and he creates things — and not only does he make things but enjoys it; he stands back and he looks at what he made and says, “It is good.” — then we are his image and we are sub-creators. We should not swagger into the creative process. We should be humble and realize that there is a real mystery at work here. We are engaged with a mystery whenever we’re making something. And that doesn’t just mean artists: I think that means architects and preachers. The arts only make up one slice of the creative pie.”

God invites us to add our voices to the story of creation.

“It’s operating with this sense of the leading of the Holy Spirit. And the cool thing is it’s not like we become robots. One of the beautiful things is that God invites us to add our own voices to the story of creation in this amazing way. And so it’s like we get to partner with him, not because we are as important as the Holy Spirit, but because the Holy Spirit is so loving that he allows us to add our voices.”

Every day we’re adding bricks to a kingdom.

“No matter what we’re doing, we have a chance to tell a better story than the one the world is telling. I believe we’re always building. We are meant to be kingdom builders; every day we’re adding bricks to a kingdom. And the question is, Whose kingdom are you building? The enemy wants us to build our own. Is today going to be a brick that I’m going to put it into the kingdom of God or into the kingdom of self? You may work in a job that doesn’t feel terribly creative, but you have an infinite number of opportunities every day when you are adding to the story of the world in little decisions that you make.”

Our calling is to love. The rest of it is God’s business.

“I had a very clear sense when I was a young man that I had been given some kind of talent. But I had no idea what to do with it. And it wasn’t until I realized that whatever gifting I’d been given had to be aimed at Christ himself, and laid at his feet, that I suddenly found a way through the woods. Our calling is not to make a name for ourselves, our goal is to love. The rest of it is God’s business. That’s where you start with the calling question: It’s where you look around to the community you’ve been placed in and you ask yourself, ‘How do I love the people around me to the best of my ability?’”

If you can’t find community, maybe it’s your job to build it.

“The intentionality of it applies no matter where you live. If you can’t find the community you’re aching for, then maybe it’s your job to build it. It could be that maybe you’re the one who everybody else needs. The first thing I tell people is that if you start doing the work, if you start making the thing that you’re trying to make, my hunch is that you’ll look up a year later and realize that there are a whole lot of people in your life who weren’t in your life before.”

The truth of what we believe can be integrated into every little moment of our lives.

“As an artist, you can feel a little bit on the outside of things. In the same way churches pray for the mission trip before they leave for Africa, why don’t we pray for the artist who is going out on tour? We are experiencing no less of a spiritual battle than a mission team is. The more the church can lean into all vocations — not just artists or songwriters — and help people to know that they’re not alone, that they are carrying the light of the gospel into the world, the better. The truth of what we believe can be integrated into every moment of our lives. Erasing those lines and helping people see that it can all be ministry, that there is not one molecule of being that doesn’t belong to Jesus.”